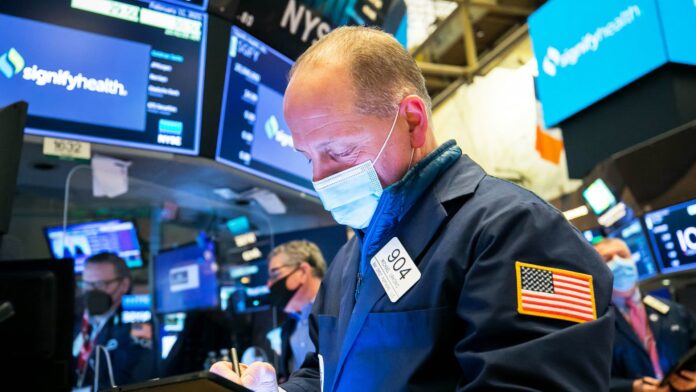 The yield on the 2-year U.S. Treasury ticked lower Friday, after hitting its highest level since November 2007 in the previous session, as investors await key jobs data.

Yields move inversely to prices, and a basis point is equal to 0.01%.

It comes ahead of nonfarm payrolls data for August, due at 8:30 a.m. ET Friday, which will shed more light on the strength of the U.S. economy.

Economists expect that 318,000 jobs were added last month, according to Dow Jones — fewer than the shock 528,000 added in July. Unemployment is seen remaining at 3.5% and average hourly wages are expected to rise by 0.4%.

The report could play a key role in the Federal Open Market Committee’s deliberations over its next monetary policy move.

Earlier in the summer, the Fed backed away from forward guidance for future rate adjustments, focusing instead on making data-dependent decisions — potentially making key data points like nonfarm payrolls even more important.

On Wednesday, jobs data from payroll processing company ADP showed that private payrolls increased by just 132,000 in August, a fall from the 268,000 rise in July.

— Elliot Smith and Jeff Cox contributed to this report.