5 things to know before the stock market opens Monday, October 31 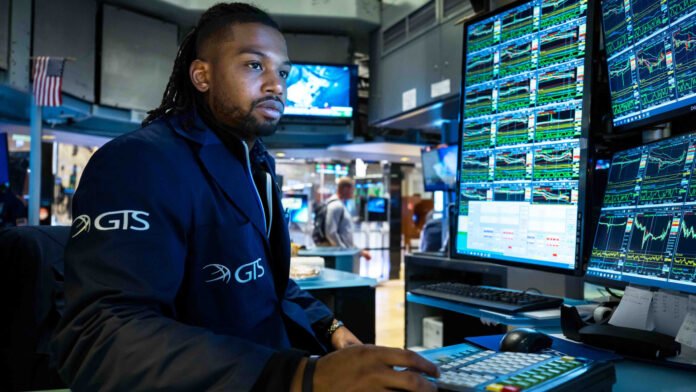 U.S. equities markets are primed to wrap up a stellar month as October concludes. The Dow, in fact, could well achieve its best month since 1976, while the Nasdaq and the S&P 500 are also set to finish in the green. Investors are preparing to parse the latest wave of earnings this week as well as the latest messaging from the Federal Reserve. The Fed’s meeting starts Tuesday, and the central bank is widely expected to raise rates by another three-quarters of a point in its latest attempt to cool down decades-high inflation. Market watchers will be looking for signs from Chairman Jerome Powell that the Fed may start easing off the pedal a bit in the coming months.Read live market updates here.

Read more from CNBC PRO: How to trade the back half of earnings season

It’s Halloween, so it’s a good time to dwell on the scary things in life, such as haunted houses, John Carpenter’s horror movies and the recent performance of Big Tech stocks. U.S. stock indexes have surged despite tech companies’ lackluster performance. Amazon, Microsoft, Google parent Alphabet and Facebook parent Meta – especially Meta – all had a rough time last week as their earnings and guidance came in generally soft. Only Apple did all right – on Friday, the stock had its best day since 2020. Altogether, weak performance, a slowing ad market, lower PC demand and waning market relevance are making for some blood-curdling times in Silicon Valley.

Within days of closing his $44 billion deal to buy Twitter, Elon Musk tweeted an unfounded, anti-LGBTQ conspiracy theory, from a website known to post false information, about the attack on House Speaker Nancy Pelosi’s husband, Paul. Musk, who has more than 112 million followers on Twitter, linked to the site in a Sunday morning reply to former Secretary of State Hillary Clinton, who had criticized the GOP for spreading conspiracy theories, such as the ones Pelosi’s attacker did online. The billionaire CEO of Tesla and SpaceX eventually took down his tweet Sunday afternoon, but not before it had more than 24,000 retweets and 86,000 likes, according to NBC News. Critics of Musk, concerned that content moderation would suffer on Twitter after his takeover, pointed to the incident as an indication their worse fears were coming true.

Workers walk as they repair equipments near power lines destroyed after a missile strike on a power plant, in an undisclosed location of Ukraine, on October 27, 2022, amid the Russian invasion of Ukraine.

Russian missiles hammered Ukraine’s capital, Kyiv, on Monday morning as the Kremlin sought to further cripple Ukraine’s utility infrastructure. “There is no water supply in some areas,” said Kyiv’s mayor, Vitali Klitschko. Russian forces targeted facilities in other areas of Ukraine, as well, as they look to disrupt daily life throughout the country. “The Russians targeted energy infrastructure facilities in Dnipro and Pavlohrad. Serious destruction is recorded. All services are working on site,” said a regional Ukrainian military official. Read live war updates here.

5. No reprieve in the euro zone

The headquarters of the European Central Bank (ECB) is pictured prior to the news conference of the bank’s governing council following their meeting in Frankfurt am Main, western Germany, on September 8, 2022. The recent 75 basis points rate hike by the European Central Bank will not be the only hike in the short term, but the subsequent ones will not be as high, said Edward Scicluna, a member of the ECB.

There’s no escaping inflation in the euro zone. Europe’s statistics office published preliminary numbers Monday that said inflation grew at a 10.7% annual rate in October, which would be a record for the 19-member bloc. Russia’s war in Ukraine is the main catalyst for the rapid and aggressive price growth: Energy prices jumped 41.9% year-over-year, while food, alcohol and tobacco prices were 13.1% higher on an annual basis. Inflation is high all around, but it’s especially dire in Estonia, Latvia and Lithuania, which all posted price growth of over 20% compared with the same period a year earlier. The reading will put even more pressure on the European Central Bank, which raised rates by three-quarters of a point last week – and has pledged more increases.