HomeBusinessActor Ashley Judd speaks out against the overturning of Roe v. Wade
Business

Actor Ashley Judd speaks out against the overturning of Roe v. Wade 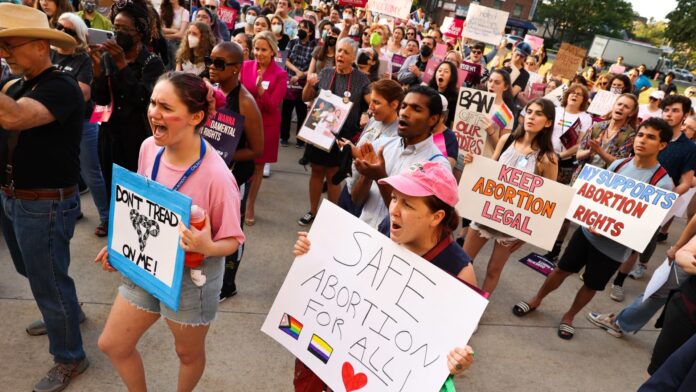 U.S. actor and humanitarian Ashley Judd has responded to the U.S. Supreme Court’s overturning of Roe v. Wade, telling CNBC that individuals should be free to make their own choices.

The actor, known for 90s films “Ruby in Paradise,” “Double Jeopardy” and “Heat” among others, is also a Goodwill Ambassador for the United Nations Population Fund and made it clear that she was speaking about the controversial ruling as an individual, and her comments do not represent the UNFPA.

“Personally, when a man raped me in 1999, it was necessary for me to have an abortion. So being able to access legal and safe abortion was essential for me,” Judd said in an interview last Thursday with CNBC’s Tania Bryer to mark World Population Day.

“And I understand that people have a variety of opinions and where I come down is that even if a person doesn’t feel that it’s appropriate for them, for whatever their particular reasoning may be, every individual should be autonomous in their reproductive choices because democracy starts at our skin.”

Roe v. Wade, a landmark legal decision in 1973 that recognized women’s constitutional right to abortion in the United States, was overturned on June 24.

U.S. President Joe Biden described the Supreme Court’s decision as “a sad day for the Court and for the country.” He has said that Congress restoring Roe v. Wade as federal law is the only way to secure a woman’s right to choose.

On Friday, he signed an executive order “safeguarding access to reproductive health care services, including abortion and contraception.”

Judd told CNBC that if she hadn’t been able to have an abortion, she would have had to co-parent with the man who raped her.

“Because in many states — and people can go to RAINN.org, the Rape, [Abuse] & Incest National Network, to look up … the laws in their states — rapists have paternity rights,” she said.

“So not only are we demanding that children and women carry to term the pregnancy that was occurred through rape, they’re saying you will potentially have to co-parent with the man who raped you.
That’s what overturning Roe v. Wade does and what the States are doing, when they criminalize termination,” she added.

As a UNFPA Goodwill Ambassador, Judd told CNBC that family planning is critical for the empowerment of women and girls, as it prevents unintended pregnancies and reduces the need for abortion.

Judd, whose mother was the late country music icon Naomi Judd, has served as Goodwill Ambassador since 2016. The UNFPA is the United Nations’ sexual and reproductive health agency.

In its State of World Population Report 2022, the UNFPA said that nearly half of all pregnancies worldwide are unintended each year. More than 60% of unintended pregnancies end in abortion and an estimated 45% of all abortions remain unsafe.

Judd said some progress is being made, with more people being educated and more healthier outcomes.

Nevertheless, she added that “women still need to be able to have reproductive autonomy and choose if and when to have children and how to space the births of their children because they know best.”

“And so trusting women and their families to access their family planning and make those decisions is really the key to poverty alleviation worldwide.”

Why CircleUp thinks machine learning may be the hottest consumer item

Buy the dip in oil stocks, stay away from everything else