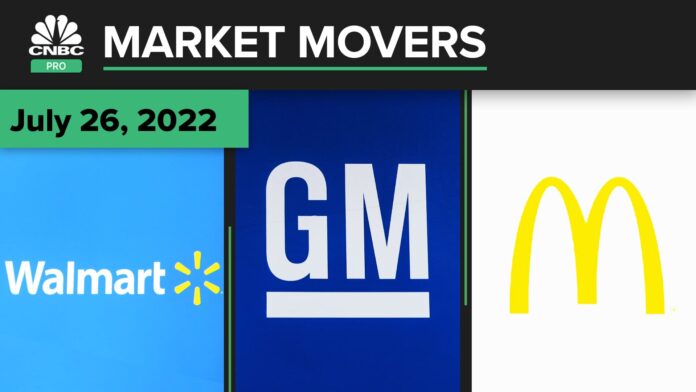 Market Movers rounds up the best trades from investors and analysts on CNBC throughout the day. Due to a shift in consumer spending in response to rapid inflation, Walmart cut its profit expectations for the quarter and the second half. The pros discuss how Walmart has been affected by altered consumer behavior and its impact on other retailers.| Some of the other investments mentioned included Nike , McDonald’s and Amazon . On Wednesday, the Federal Reserve is widely expected to boost interest rates by another three quarters of a percentage point, leading to increased risk of a recession, according to a CNBC survey.