Alibaba seeks to work with U.S. regulators over audit problems 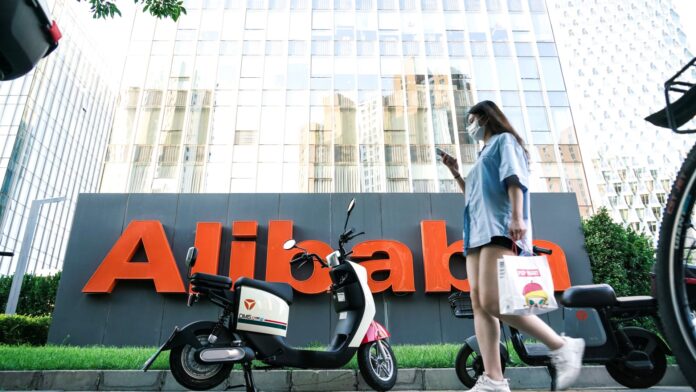 Alibaba has faced growth challenges amid regulatory tightening on China’s domestic technology sector and a slowdown in the world’s second-largest economy. But analysts think the e-commerce giant’s growth could pick up through the rest of 2022.

Chinese e-commerce giant Alibaba said it will comply with U.S. regulators and work to maintain its listings in New York and Hong Kong.

“Alibaba will continue to monitor market developments, comply with applicable laws and regulations and strive to maintain its listing status on both the NYSE and the Hong Kong Stock Exchange,” it said in a statement to the Hong Kong bourse on Monday.

The statement came after Alibaba was added to the U.S. Securities and Exchange Commission’s list of Chinese companies at risk of being delisted for not meeting auditing requirements on Friday. As a result, U.S.-listed Alibaba shares plunged 11% in the Friday trading session.

On Monday, the stock was down more than 5% in Hong Kong, but recovered to trade around 2.2% by midafternoon.

Under the Holding Foreign Companies Accountable Act law, the SEC identifies public companies that have retained a registered public accounting firm to issue an audit report where the firm has a branch or office.

On Monday, Alibaba said it was added to the SEC’s list, indicating its audits for the fiscal year ended March 31, 2022 could not be fully reviewed by the U.S. Public Company Accounting Oversight Board.

Under the HFCAA, if the PCAOB cannot fully inspect audits of a U.S.- listed company’s financial statements for three consecutive “non-inspection” years, the SEC is required to bar the company’s securities from being traded on U.S. markets.

The primary listing process in Hong Kong is expected to be completed before the end of 2022, the company said in statement.