HomeInvestingAlphabet is trading at its post-split price. Here’s how the Dow would...
Investing

Alphabet is trading at its post-split price. Here’s how the Dow would move if it joined the index 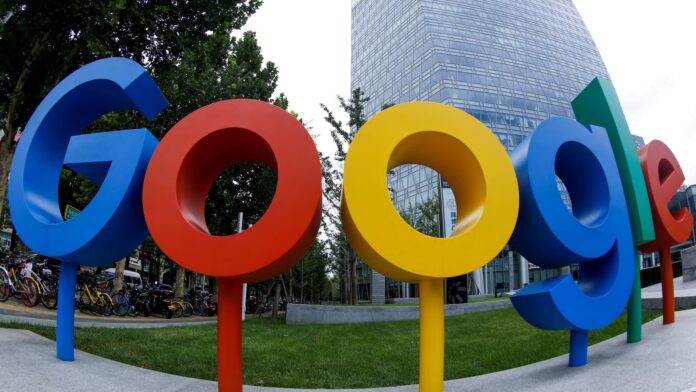 Alphabet began trading at its split-adjusted price on Monday, raising questions of how shares could affect the blue-chip Dow Jones Industrial Average if the tech giant joined the index. When Google’s parent company announced in February that it would split its stock 20 for 1, there was immediate speculation that the company was angling for inclusion in the Dow Industrials. Since then, Tesla and GameStop have joined the ranks of soon-to-split companies, and Amazon carried out its own 20-for-1 split in June. The Dow is a price-weighted index, meaning that a very expensive stock could have more of an influence than a cheap one. However, that’s only if the stock moves an equivalent amount relative to its price, because it’s the dollar value that matters. A $1 move in a $100 stock is the same for the index as a $1 move in a $10 stock, even though it’s a massive difference in percentage terms. Of course, not all stocks are equally volatile. What effect would Alphabet, Amazon and Tesla have on the Dow if they were to make the index? By looking at stock price along with volatility, we can get a sense. Prices cited below are calculated as of approximately 1:50 p.m. ET. Volatility as a driver Tesla would likely have the biggest effect on the Dow, based on the stock’s volatility over the past year and its split-adjusted price. The stock’s $244 per-share price tag after a split would rank it seventh among our hypothetical Dow 34, but its 62% annualized volatility works out to a $9 expected move on a daily basis. Just behind it at nearly $8 is UnitedHealth which tends to have a big influence on the Dow already with its index-high price of $525 per share. Amazon would have an expected move of just $3, about the same as McDonald’s or Apple. Alphabet and GameStop , meanwhile, would be more in line with Travelers and Nike around $2. A split-adjusted Alphabet is still be a sizable $110 stock. GameStop — which isn’t a real Dow contender probably, we’re just including it for fun — trades so choppily it makes up for its split-adjusted $36 share price. All this relies on one of the main issues with price-weighted indexes: The same dollar-value move isn’t the same relative to share price. A $1 move in UnitedHealth (the highest-priced stock in the index) is a 0.2% change in value for UNH, while a $1 move in Intel (one of the lowest priced) is a 2.6% move for INTC. It used to be that companies would split their stock when the per share price became unaffordable for investors. With fractional trading and commission-free brokers, the affordability factor in stock splits is rendered nearly moot. For GameStop, though, it might make sense : Options still trade in contracts of 100 shares, and GME has a sizable market for options among retail investors.