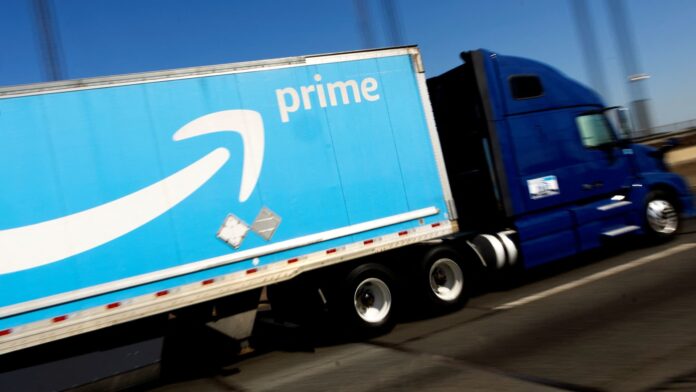 Here are Monday’s biggest calls on Wall Street: JPMorgan reiterates Apple as overweight JPMorgan said its survey checks show Apple’s iPhone Pro lead times are moderating. “In Week 12 of our Apple Product Availability Tracker, there appear to be further encouraging trends in relation to supply improvement, with lead times for iPhone Pro models moderating in most regions outside of China.” Cowen names Raytheon a top 2023 idea Cowen named Raytheon as a top idea for 2023 and said it sees an “aftermarket-driven aero recovery in 2023.” “Investors don’t fully appreciate likely aftermarket recovery in 2023 or defense lift in 2024-25.” Canaccord reiterates Tesla as buy Canaccord said the automaker’s release of its full self driving beta software should trigger a “material revenue recognition event in 4Q22.” “FSD (full self driving) beta wide release to likely trigger a material revenue recognition event in 4Q22.” JPMorgan names Amazon a top idea heading into 2023 JPMorgan said Amazon is the “most diversified mega-cap across revs & profit & has numerous large growth opportunities.” “Secular Shift, Favorable Comps, & Increasing Discipline Position AMZN Well into 2023.” Jefferies downgrades Twilio to hold from buy Jefferies said in its downgrade of the communications tools and messaging company that it sees “sustained headwinds.” ” TWLO’s stock dove sharply on the updated outlook provided at its Analyst Day. We noted our disappointment then, but took time to reassess our view given the bad news was priced in quickly.” JPMorgan upgrades Wynn to overweight from neutral JPMorgan said in its upgrade of Wynn that it sees a Macao recovery and that the stock is not well owned. “We think the theses from here are similar: Macau recovers, still awful/skeptical sentiment improves, and after multiyear underperformance since the pandemic bottom, underperformance reverses and leads to sizable outperformance.” JPMorgan downgrades DraftKings to underweight from neutral and Penn to neutral from overweight JPMorgan said in its downgrade of the sports betting companies that investors should rotate out of them right now. “For DKNG, we see a longer runway and more risk to achieving OSB (online sports betting) profitability than its peers and with the stock’s bounce since earnings, we see 20% downside to our year-end 2023 price target. For PENN, shares are within reach of our price target and we see it as possessing less upside than either LV Strip-centric and LV Locals centric stocks.” Read more about this call here. Morgan Stanley downgrades Aptiv to equal weight from overweight Morgan Stanley said in its downgrade of the auto tech supplier that it thinks Aptiv will be affected by a slower rollout of electric vehicles. “We reduce our revenue growth and margin forecast to account for trends leading to a faster commoditization of ADAS (advanced driver assistance systems) and a potential slower rollout of EVs.” Barclays downgrades Tyson Foods and Beyond Meat to underweight from equal weight Barclays downgraded Tyson and Beyond Meat , noting that feed costs and inflation are having major effects on the industry. “In summary, among our covered companies in 3CQ22, there was a common thread echoed by management during the results calls for each major protein category. Two factors affecting beef currently are feed costs and inflation.” Bank of America downgrades Diamondback Energy to underperform from neutral Bank of America said in its downgrade of the stock that it sees a “disconnected” valuation. “Our guiding principles for a business with a finite inventory, and perpetually depleting asset base is that the multiple is the output of a DCF – and that the US oils are equities first, with discount rates being a function of the broader market. This is how we define value. However, we are struck by the fact that Street price targets for FANG have continued to move higher, leaving our valuation disconnected.” Morgan Stanley downgrades Williams-Sonoma to underweight from equal weight Morgan Stanley said in its downgrade of Williams-Sonoma that “negative revisions are set to begin.” “Earnings revisions could turn sharply negative in ’23 as the impacts of reversion, recession & normalizing promotions appear underestimated, even at the stock’s current discounted valuation. Read more about this call here . Citi upgrades Live Nation to buy from neutral Citi said in its upgrade of the stock that the risk/reward looks more reasonable. “If Live Nation remains a single firm, we believe the shares are worth $90 per share. If Live Nation is forced to split into two firms, we believe the shares are worth $48.” Morgan Stanley upgrades Activision Blizzard to overweight from equal weight Morgan Stanley said in its upgrade of Activision Blizzard that it sees a “compelling” risk/reward. “While it is challenging to assess the likelihood that MSFT’s proposed acquisition receive regulatory approvals, we believe the risk reward is compelling on a fully standalone basis…with a call option of $95 in cash per share, if and when the MSFT deal closes.” JPMorgan downgrades First Solar to neutral from overweight JPMorgan downgraded the solar stock mainly on valuation. “We are downgrading FSLR to Neutral from Overweight given the stock’s outperformance since the announcement of the US Inflation Reduction Act.” Read more about this call here . JPMorgan removes Ulta from the focus list JPMorgan removed Ulta from its focus list heading into earnings later this week but says the upside is not as big as it once was. “We still see a favorable stock setup into 2023 but the degree of upside isn’t as big as it was given it is now at the lower end of the range we called for to end 2023.” JPMorgan double upgrades AB InBev to overweight from neutral JPMorgan said in its double upgrade of the owner of Budweiser that it sees balance sheet optionality. “We upgrade Anheuser-Busch InBev to OW from UW with a €/$70 Dec-24 PT, reversing our cautious stance mostly held since 2017 (on volume, margin, and balance sheet concerns) as we now see scope for earnings outperformance and a rapidly deleveraging balance sheet provides optionality.” Read more about this call here.

Atlantic Equities downgrades Nasdaq exchange, says gains will be harder to come by

Ukraine and Russia signal war will not die down over winter