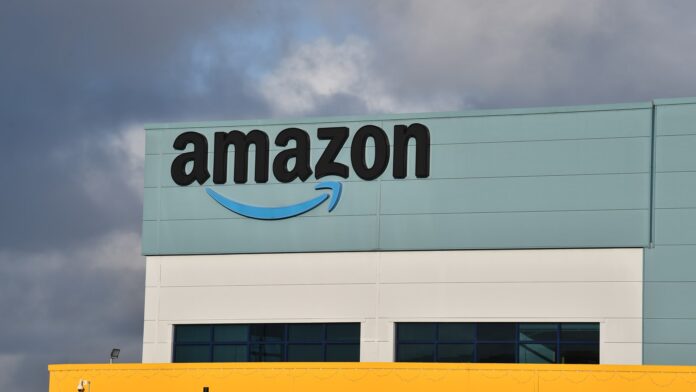 An Amazon warehouse in Warrington, England.

Amazon announced Friday it would create more than 4,000 permanent jobs in the U.K. in 2022, defying a wave of job cuts in the tech industry.

The roles will include job functions in software development, product management, and engineering, as well as operational duties in fulfilment centres, sort centres and delivery stations.

Additional staff will be added in a number of regions across the U.K., including Wakefield and Knowsley in northern England, where the firm is opening two new Amazon fulfilment centers.

The hiring push will bring Amazon’s permanent workforce in Britain to over 75,000, the company said.

“People join us not just for the wide variety of roles, great pay and benefits, but for the career development opportunities we provide.”

The company’s U.K. hiring spree marks a contrast with other parts of the tech industry. The sector is reckoning with a reversal in fortunes lately amid rising inflation and higher interest rates.

Major firms including Microsoft, Netflix and Robinhood have slashed varying numbers of jobs, among other cost-cutting measures, in anticipation of slowing economic growth.

Hiring at Amazon surged during the Covid pandemic after stay-at-home restrictions boosted e-commerce sales. However, the company’s chief financial officer, Brian Olsavsky, said on a recent earnings call that the firm became “overstaffed” as result of its Covid hiring spree.

Amazon has faced criticism over its treatment of workers in the past. Delivery drivers and warehouse staff, for instance, have complained of poor working conditions, and questions have been raised over workplace safety at the company.

Amazon has said it is working to improve the situation and is investing billions of dollars in new safety measures and technologies.

In April, workers at Amazon’s Staten Island warehouse made history by voting to join a union — the first time that’s happened in the U.S.

Business travel costs are expected to rise through 2023, report says