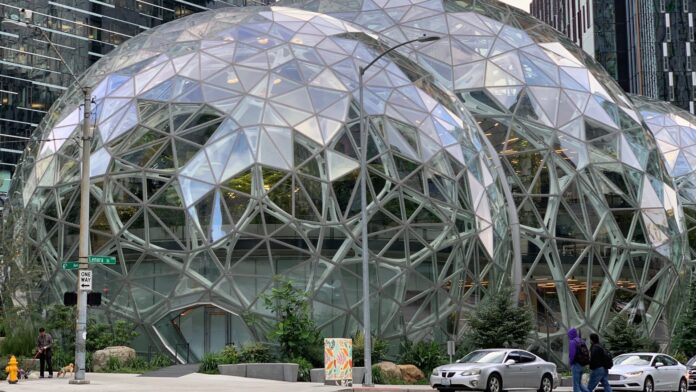 The Amazon Spheres in Seattle Washington on Sept. 20th, 2018.

Amazon is preparing to cut more than 150 jobs as it winds down its telehealth offering known as Amazon Care, according to filings submitted in Washington state.

Amazon said 159 employees will be laid off from Amazon Care, based on Worker Adjustment and Retraining Notification (WARN) filings submitted late Thursday. The WARN Act requires employers to provide advance notice, generally within 60 days, of mass layoffs or plant closings.

Another 236 employees will be let go from Care Medical, a team of clinicians that was charged with treating Amazon Care patients, according to a separate WARN notice also filed Thursday. Care Medical is an independent company that was contracted to work with Amazon.

The layoffs are slated to begin Dec. 1, according to the filings.

Amazon said late last month that it will wind down its telehealth service after Dec. 31. The company chose to shutter the service after determining it wasn’t “a complete enough offering” for customers, Amazon said.

Amazon Care was one piece of Amazon’s strategy to upend the health-care industry, alongside its pharmacy and consumer diagnostics ventures. Even after shuttering Amazon Care, the company has continued its expansion into health care. In July, Amazon said it would acquire One Medical for $3.9 billion, bringing in a network of boutique primary care clinics.

Amazon Care launched in 2019 as a pilot program for employees in and around the company’s Seattle headquarters, before expanding to serve other employers. The service provides virtual urgent care visits, as well as free telehealth consults and in-home visits for a fee from nurses for testing and vaccinations.

At the time that Amazon announced it would shutter the service, the company said in a memo to employees that it would give them the opportunity to find roles elsewhere at Amazon.

“Many Care employees will have an opportunity to join other parts of the Health Services organization or other teams at Amazon — which we’ll be discussing with many of you shortly — and we’ll also support employees looking for roles outside of the company,” Amazon Health Services lead Neil Lindsay wrote in the memo.

An Amazon representative reiterated in an emailed statement that those affected will have the opportunity to find other jobs internally. “Our priority continues to be supporting our employees during this transition,” the statement said.

In the second quarter, Amazon shaved its headcount by 99,000 people to 1.52 million employees. The retail giant is taking steps to shrink its workforce as it looks to cut costs after growing its staff and warehouse footprint at an unprecedent pace during the Covid-19 pandemic.

Financing a new car? How much you can save with excellent credit score