HomeBusinessAnti-abortion states split on how to enforce ban, whether to prosecute or...
Business 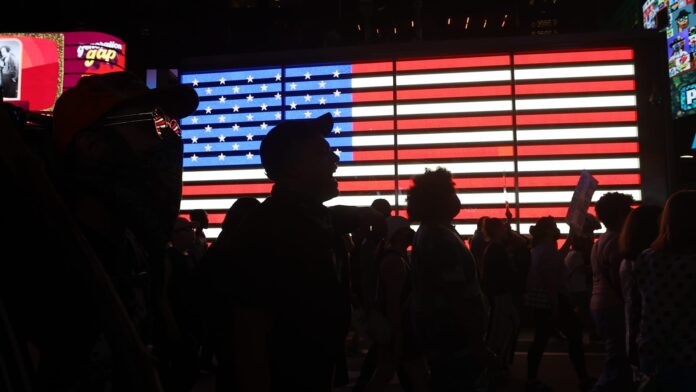 Thousands take to the streets to protest in New York City.

The Supreme Court ruling overturning Roe v. Wade is not only splitting the country into states where abortion is legal and illegal. It is also illustrating sharp divisions between anti-abortion states on whether to allow exceptions and how to enforce the law.

Nearly half of the states had “trigger laws” or constitutional amendments in place to quickly ban abortion in the wake of a Roe v. Wade ruling. Yet lawmakers and governors on Sunday illustrated how differently that may play out.

Some states allow exceptions, such as legal abortions to protect the life of the mother. Others are pursuing aggressive measures, including prosecuting doctors, looking into the use of abortion medications and travel to other states for the procedure and encouraging private citizens to sue people who help women obtain abortions.

South Dakota Gov. Kristi Noem, a Republican, said the state will not file criminal charges against women who get the procedure. She said the state also does not plan to pass laws similar to Texas and Oklahoma, which urge private citizens to file civil lawsuits against those accused of aiding and abetting abortions.

She said the state has not decided how to handle what will happen in the event a South Dakota resident travels to another state to get an abortion, saying “there’ll be a debate about that.”

It will be up to each state and state legislators to decide what laws look like closer to home, she added.

Arkansas Gov. Asa Hutchinson, a Republican, said the state allows for one exception: saving the life of the mother. He has directed his Department of Health to enforce the law, but focus on providing resources to women who have unwanted pregnancies.

The Arkansas law does not include an exception for incest, which would force a 13-year-old raped by a relative to carry a pregnancy to term. Hutchinson said he disagrees with that.

“I would have preferred a different outcome than that,” he said Sunday on NBC’s “Meet the Press.” “That’s not the debate today in Arkansas. It might be in the future.”

Hutchinson said the state will not investigate miscarriages or ban IUDs, a form of contraception that some anti-abortion activists consider abortion because it can stop a fertilized egg from implanting in the uterus.

“This is about abortion, that’s what has been triggered, and it’s not about contraception. That is clear and women should be assured of that,” he told “Meet the Press.”

In Texas, a state law takes a more sweeping approach. It enforces an abortion ban through lawsuits filed by private citizens against doctors or anyone who helps a woman get an abortion, such as a person driving the pregnant woman to a medical center.

Oklahoma has a similar ban, which is enforced by civil lawsuits rather than criminal prosecution.

U.S. Rep. Alexandria Ocasio-Cortez, a Democrat from New York, and Senator Elizabeth Warren, a Democrat from Massachusetts, said on Sunday that all of those state bans have the same outcome: stealing women’s freedoms and jeopardizing their lives.

Ocasio-Cortez pointed to Arkansas’ public health record, noting that it has one of the highest maternal mortality rates in the country and a high rate of child poverty.

“Forcing women to carry pregnancies against their will kill them,” she said on “Meet the Press.” “It will kill them, especially in the state of Arkansas where there is very little to no support for life after birth in terms of health care, in terms of child care and in terms of combatting poverty.”

Share
Facebook
Twitter
Pinterest
WhatsApp
Previous article
The EU’s rewiring due to the war in Ukraine is game-changing, if it doesn’t short-circuit before the job is done
Next article
In Ukraine, war is turning love into marriages
RELATED ARTICLES
Business

I no longer advocate that you should sell Activision Blizzard