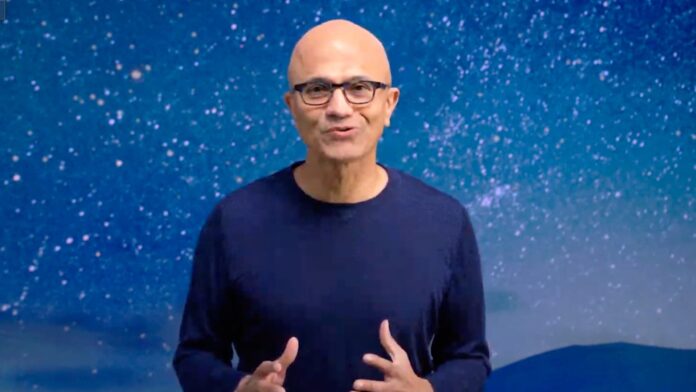 Here are Tuesday’s biggest calls on Wall Street: Credit Suisse reiterates Amazon as outperform Credit Suisse cut its price target on the stock to $170 per share from $185, noting it’s cautiously optimistic heading into Amazon earnings later this week. “We believe the potential remains for ongoing downward consensus revisions as we continue to grapple with the lack of clarity in the macro environment. One thing however to call out that can be a meaningful offset should be the raised level of service.” BTIG downgrades Zscaler to neutral from buy BTIG said its checks show softening demand for the cloud company. “We are downgrading ZS to Neutral from Buy. Overall, our independent field checks on ZS remained mostly positive in Q2. However, they downticked from prior quarters and lead us to believe that sales cycles will elongate over the next 6-12 months.” Wedbush downgrades Chewy to neutral from outperform Wedbush said there’s growing risk of elevated churn rates. “Our previous cohort-level detailed analysis revealed modest risk to active customer counts, but this risk is growing with continued elevated churn rates for recently acquired customers, cost-effective customer acquisition continues to prove challenging and CHWY’ s valuation builds in stronger growth.” Wolfe downgrades Roku to underperform from peer perform Wolfe said it sees “mounting challenges” for the streaming company. “We downgrade ROKU to Underperform out of concern that 2 of the 3 drivers of the flywheel (Scale — net adds; Monetization — ARPU) face mounting challenges.” Bank of America reiterates Apple as buy Bank of America lowered its price target on Apple to $185 per share from $200 and said the dollar remains a “significant incremental headwind.” ” AAPL had guided 300bps y/y FX headwind for F3Q. However, the dollar has strengthened over the quarter and we now expect FX to be a 5% y/y headwind. We further estimate a 7% y/y headwind to revenues in F4Q.” Read more about this call here. Credit Suisse downgrades Traeger to neutral from outperform Credit Suisse downgraded the grill company due to softening demand. “Last week, Traeger announced restructuring efforts to reduce costs and drive efficiencies. Yesterday, Weber did the same. These actions suggest a soft start to the summer selling season and more importantly, dampened consumer sentiment.” Bank of America downgrades American Eagle Outfitters to underperform from neutral Bank of America said in its downgrade of the stock that it sees lower sales and gross margin declines. “We downgrade American Eagle to Underperform from Neutral. We expect near-term results to fall short of expectations. We lower our F22/F23 EPS ests by 24%-35% to reflect lower sales and steeper gross margin declines. We see risk of mgmt missing estimates again given decelerating trends in the teen-clothing category and a continued shift from athleisure into occasion wear.” Goldman Sachs downgrades Paramount to sell from buy Goldman said it has concerns about a difficult near-term operating environment for the media company. “We have not changed our view that PARA’ s rich IP (intellectual property) and scaled content production assets could support a sizable streaming business, over time. However, we believe the market is unlikely to underwrite this long-term potential as the near-term operating environment becomes more difficult.” Read more about this call here. Credit Suisse reiterates Microsoft as outperform Credit Suisse said it’s bullish heading into Microsoft earnings on Tuesday afternoon and that it’s especially confident in Azure, the company’s cloud computing service. “Despite investors’ concerns of (1) a deteriorating economy potentially resulting in decelerations in growth for Azure and Office commercial, (2) supply chain issues negatively impacting Windows, and (3) FX translation headwinds, we expect Azure to remain the primary focus of investors, and our confidence in Azure’s growth remains high.” Jefferies reiterates Costco as a top pick Jefferies said the stock is well positioned after a recent visit to the company’s headquarters. “Last week, we visited COST headquarters and toured the nearby warehouse. While a membership price increase is not presently in COST’s plans, we were encouraged by company commentary around gas, inventory, international, and in-store productivity enhancements (self-checkout). Our time with the company reinforces our conviction in the name, and COST remains a top pick.” Read more about this call here. Morgan Stanley reiterates Walmart as overweight Morgan Stanley kept its overweight rating on shares of Walmart, but said the stock will likely tread water “until visibility improves” after the retail giant cut its profit outlook on Monday and warned about inflation. “11% cut to F’23 EPS another warning shot for Retail & challenges our view of WMT as a defensive safe haven. We stay OW rated and lower our PT to $145 (from $156) on reduced estimates. Earnings trough may be near, but stock likely treads water until visibility improves.” Read more about this call here . Bank of America downgrades Weber to underperform from neutral Bank of America downgraded the grill company due to concerns about slowing growth and management changes. ” WEBR reported preliminary F3Q22 net sales of $525-$530mm (in line with our estimate) but expects a net loss due to significant currency devaluations, promotional activity to enhance retail sell-through, negative mix impact from lower-margin regions and products, as well as significant freight cost increases.” Read more about this call here. Evercore ISI reiterates Nike as outperform Evercore said it’s bullish on Nike’s virtual sneakers opportunity. The firm also says it sees an attractive entry point for the stock. “The global sneaker market was ~$130 billion in 2021, implying ~1 billion consumers of branded athletic footwear. If we assume 10% of those more avid sneaker consumers buy just one virtual pair of shoes per year at an $100 ASP, it would equate to $10 billion revenue opportunity, which would accrue at a 100% gross margin. To put this into context, Nike currently generates < $7 billion of gross profit dollars.” Jefferies downgrades MicroStrategy to sell from hold Jefferies downgraded the business intelligence company and said it sees a “tougher macro.” “We downgrade MSTR due to tougher macro and premium valuation for a low growth asset.