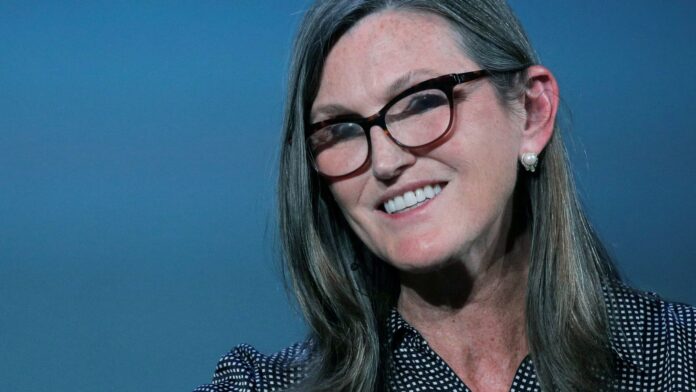 Cathie Wood’s Ark Invest scooped up Nvidia shares Monday, buying the dip following the chipmaker’s revenue warnings. The innovation-focused investor added 289,229 shares of Nvidia for her flagship Ark Innovation ETF (ARKK) fund, roughly 47,000 shares in the Ark Next Generation Internet ETF (ARKW) and more than 30,000 shares in the Ark Fintech Innovation ETF (ARKF), according to Ark’s daily trading data. Combined, these purchases cost more than $65 million based on Nvidia’s closing price of $177.93 on Monday. Nvidia shares dropped 6.3% on Monday after the chipmaker released preliminary results that show second-quarter revenue well below its initial outlook. Nvidia said the shortfall primarily reflects weaker-than-forecast gaming revenue. The stock has fallen nearly 40% this year as growth names have been hit hard by rising interest rates and soaring inflation. Semiconductor companies have also been grappling with supply chain disruptions globally. Nvidia traded lower again Tuesday morning, down nearly 3% premarket, following another sales warning from its peer Micron. The memory chipmaker warned that revenue may fall short of its prior guidance because of “macroeconomic factors and supply chain constraints,” leading Micron to fall nearly 4% in early trading. Wood has been adding to her conviction bets as of late, including Shopify and Teladoc , following their weak quarterly reports. Her flagship actively managed fund Ark Innovation ETF (ARKK) is down 46% year to date, as her disruptive technology darlings have been among the biggest losers in the face of higher rates. However, the flagship fund has staged a big comeback lately as ARKK is now up nearly 46% from its 52-week low reached in mid-May.

These are the states with America’s worst infrastructure in 2022