HomeInvestingBank of America and Citigroup are flagged for potential losses on risky...
Investing 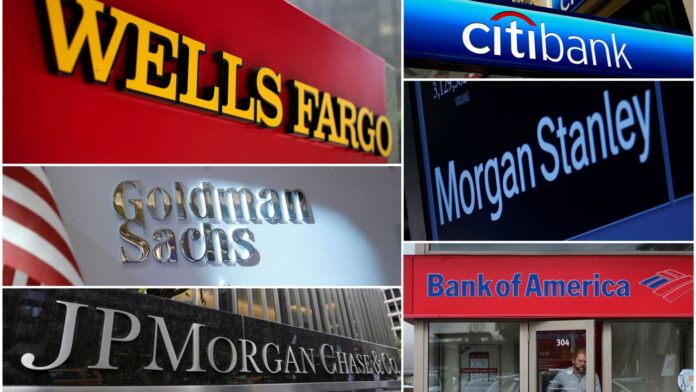 Fund outflows and tightening conditions in a key corner of the credit markets have left big banks with an estimated $2 billion in losses, according to JPMorgan Chase . Bank of America and Citigroup have the most exposure to so-called hung loan deals within the coverage universe of JPMorgan analyst Vivek Juneja, according to a June 21 research note. Bank of America and Citi did not immediately respond to a request for comment. A hung loan typically happens when a bank provides short-term financing for a corporate acquisition, with the expectation that it can later unload the debt to a group of investors, such as fund managers or other banks. If market conditions suddenly change, however, the bank providing the credit line may be forced to eat losses to sell the debt at a discount, or hold onto the loans in hopes that the market recovers. The loans are a key source of funding for the private equity industry, which uses them for their debt-fueled takeovers. But due to concerns that a recession is on the horizon amid the Federal Reserve’s rate-boosting campaign, the market has slowed in recent weeks. Leveraged loan funds have recently seen their steepest outflows since the depths of the pandemic in 2020, at $3 billion in May and $2 billion through mid-June, according to JPMorgan. There are $41 billion worth of loans across 12 hung deals that have been identified in media reports, according to Juneja. (Banks don’t typically disclose much information about their leveraged loan operations.) “Based on the cited hung deals, the average price drop would imply losses of about $2 billion in aggregate on these deals,” the analyst said. Bank of America may have the greatest exposure among all lenders because it is involved in nine of the 12 deals, according to Juneja. Earlier this month, Bank of America CFO Alastair Borthwick said the firm was looking at $100 million to $150 million in second-quarter write downs on the stalled deals. Citigroup was involved in five of the hung deals, a “surprising” development that raises questions about the New York-based firm’s risk management, the JPMorgan analyst wrote. That’s because while Bank of America was the No. 1 syndicator of leveraged loans for the last three years, Citigroup was a comparatively small player to be involved in so many stalled transactions. “Citi stands out as being involved in five cited hung loans despite being ranked only seventh in leveraged loan syndications in 2021,” Juneja said. Meanwhile, JPMorgan and Wells Fargo were the second and third biggest players, but were only involved in two hung deals, the analyst said. Global investment banks including Morgan Stanley , Goldman Sachs , Deutsche Bank and Credit Suisse each had five to six stalled deals as well, according to the report. While leveraged loan prices have only fallen about 5% so far from the end of 2021, they could decline further if the economy weakens, according to the analyst. The loans are considered to be relatively risky because they are usually taken out by heavily-indebted companies. “Losses on these hung loans are likely to vary significantly by deal and by role of each bookrunner; banks with bigger roles would get larger fees but would also take on more loss,” Juneja said. “There is likely to be increased pressure, and hence more losses, as the Fed tightens further.” — CNBC’s Michael Bloom contributed to this story

Rosenblatt upgrades Twitter to buy, says it has leverage over Musk

Take a look inside an abandoned school turned apartment building