HomeInvestingBank of America downgrades Verizon, says 5G growth has yet to materialize
Investing 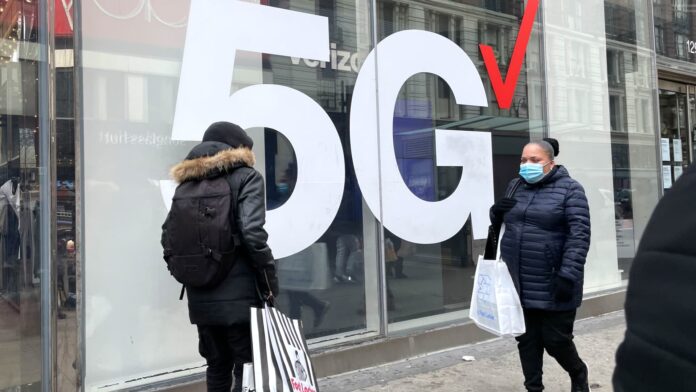 Verizon will continue to face near-term challenges around subscriber growth, as it waits for 5G to pay off, according to Bank of America. Analyst David Barden downgraded shares of Verizon to neutral from buy, saying in a Thursday note that the wireless network operator’s big bet on 5G has yet to pay off — as it did more than a decade ago when the company made its first foray into 4G. “Verizon gambled again in the last several years that 5G would give birth to a similar degree of novel consumer and/or business demand. It has not. Verizon’s understandable fixation, therefore, on ‘what is next’ led it down a path where, unfortunately, it now falls short on ‘what is now,'” Barden wrote. “It remains a forward-thinking team with premium assets and every right to win down the road when the market knows what to do with these assets and how to value them. In the meantime, the path is cloudy,” Barden continued. Bank of America slashed the price target to $51 from $64, a 20% cut. The new price target is 13.5% above where shares closed Wednesday. The analyst believes the new rating and price target reflects Verizon’s near-term challenges, as it increases promotional spending to try and attract subscribers, and waits for 5G to continue to develop. The firm expects another quarter of phone subscriber losses. “Longer term, VZ remains confident in its strategy, but in the near term it will be challenged to generate growth,’ Barden wrote. Verizon dipped slightly in Thursday premarket trading. —CNBC’s Michael Bloom contributed to this report.

Amazon’s acquisition strategy becomes clear. DA Davidson on who could be next