HomeInvestingBank of America has a list of reasons why the market low...
Investing 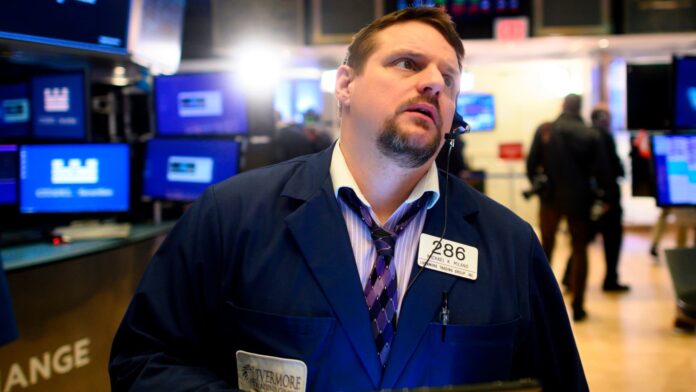 Even though stocks have risen from their most recent lows, they could have further to fall, according to Bank of America. “The S & P 500 has risen 13% from June lows, but we think it’s premature to declare a ‘big low’ in the market and see scope for more downside,” investment and ETF strategist Jared Woodard wrote in a Tuesday note. Policy risks There are a few reasons Bank of America isn’t so sure the recent rally will hold. First, looser financial conditions today will likely lead to tighter policy tomorrow, according to the note. So far, only about 30% of the indicators that usually precede a market bottom have been triggered. These indicators include things such as a rising unemployment rates, the Federal Reserve starting to cut interest rates, profit estimates slumping and the yield on the 2- year Treasury slipping at least a half of a percentage point – which haven’t happened in this market cycle yet. Generally, Bank of America analysts look for 80% or more of such indicators to have flashed before they think a market bottom is nearby. Beyond bull market signposts, inflation is also still too high for the Fed to ease off its hawkish path. Higher rates are generally a headwind for stock prices, and right now, they’re likely to be hiked for at least a few more central bank meetings in a row. Too much optimism There is also little sign of capitulation from investors, which tends to be a sign that the market has bottomed out and will start to rally again. Stocks have seen $180 billion in equity inflows year to date, while $340 billion has been plowed into exchange-traded funds, according to Bank of America. So far in the second half of 2022, BofA clients have been net buyers – not sellers – of U.S. equities. This is important because U.S. household investors are one of the biggest parts of the equity market, representing $38 trillion in assets, or about 52%. Previously, the last three market lows occurred one to two quarters after this cohort starts to sell. All of this adds up to Bank of America thinking recent gains in stocks are a bear market rally instead of a sprint to a new bull cycle. “We remain tactically cautious,” Woodard said. “Use bear market rallies to raise cash and rotate into higher quality assets. Keep dividend and bond coupon reinvestments paused and use tax-loss harvesting techniques ahead of better buying opportunities this year.”

These are top ETFs to play changing market leadership in 2023, Bank of America says

These are top ETFs to play changing market leadership in 2023, Bank of America says