Bed Bath & Beyond, AMC and more 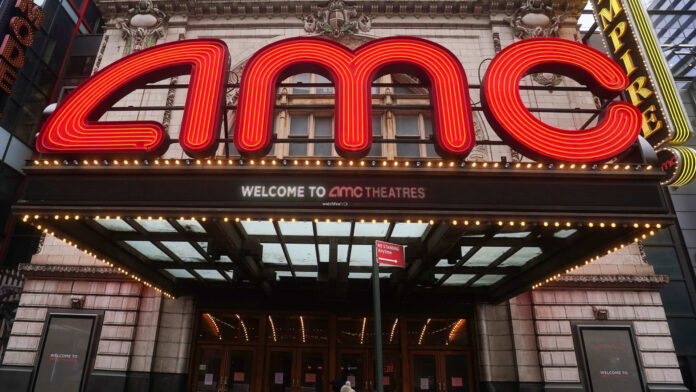 An AMC theatre is pictured amid the coronavirus disease (COVID-19) pandemic in the Manhattan borough of New York City, New York, U.S., January 27, 2021.

Check out the companies making headlines in midday trading.

Bed Bath & Beyond, AMC — Shares surged 41% and 13% respectively as social media traders appeared to invest in the two meme stocks, even without an apparent catalyst.

Signify Health — The stock jumped 13% following a Wall Street Journal report, citing people familiar with the matter, that CVS Health is planning a bid for the home health services company.

First Solar — First Solar jumped 5% after Goldman Sachs upgraded shares to overweight from neutral. The bank said the solar technology stock should benefit from the passage of the Inflation Reduction Act and upped its price target to $126 from $83 a share.

Rhythm Pharmaceuticals — The biopharma stock gained 7% after Goldman Sachs upgraded it to buy from neutral, saying shares could rally about 40% following successful trials of its obesity medicine.

Barrick Gold — The miner jumped 5% after beating analyst expectations in its second-quarter results, because of higher copper production.

Palantir Technologies — Shares of Palantir tumbled more than 13% after the software company known for its work with the government reported a loss of 1 cent per share in its most recent quarter. Analysts were expecting earnings of 3 cents per share, according to Refinitiv. CFO David Glazer told CNBC the company’s miss was due to a decline in investments and marketable securities.

Tyson Foods — Shares of the food products company fell 8% after Tyson missed earnings estimates in its fiscal third quarter. Company executives said on an investor call that supply chain issues were hurting its ability to fulfill customer orders, according to a transcript of the call from FactSet.

Nvidia — The semiconductor stock dropped more than 8% after Nvidia reported a revenue miss in its second-quarter results. The chipmaker generated $6.7 billion in revenue, compared to analyst expectations of $8.1 billion, citing gaming weakness.

BioNTech — The German biotech company, which partnered with Pfizer on its Covid-19 vaccine, dropped 9% after reporting earnings and revenue that missed expectations. The company said its variant-adapted Covid-19 vaccine should provide an uptick in demand in the fourth quarter.