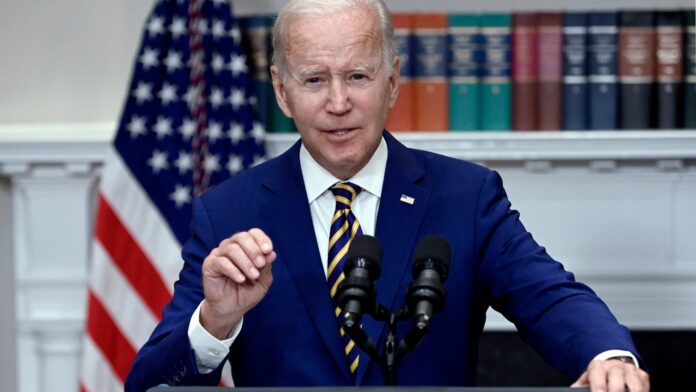 “I will never apologize for helping America’s middle class — especially not to the same folks who voted for a $2 trillion tax cut for the wealthy and giant corporations that racked up the deficit,” the president tweeted from his official @POTUS account on Thursday.

Biden made one of the most influential policy decisions of his presidency Wednesday when he announced the cancellation of up to $10,000 in federal student loan debt for borrowers earning under $125,000 a year or $250,000 for married couples or heads of households. Pell Grant recipients can have up to $20,000 of debt canceled.

The debt relief is capped at the amount of the borrower’s outstanding debt, according to the Education Department.

“Biden’s debt transfer scam will make inflation even worse and does nothing to stop the runaway cost of college for most families,” McCarthy posted on Twitter Wednesday. “Americans cannot afford Democrats’ radical agenda.”

“Taxpayers all over the country … they shouldn’t have to pay off the great, big student loan debt for some college student that piled up massive debt going to some Ivy League school,” Greene said. The Georgia Republican added that Biden’s debt forgiveness policy is a scheme to bring in Democratic votes during the November midterm elections.

But public records show that Greene was the beneficiary of loan forgiveness in the early months of the pandemic. A Paycheck Protection Program loan of $182,200 given to Greene’s company, Taylor Commercial Inc., in April 2020 was forgiven with accrued interest, according to records maintained by ProPublica.

And wealthy Americans benefited from a nearly $2 trillion tax loophole after former President Donald Trump signed the Tax Cuts and Jobs Act — passed by a Republican-controlled Congress — into law in 2017. Three-quarters of the benefit from the tax cuts outlined in the act would go to the top 1% of earners, per an analysis by the Tax Foundation.

Biden’s debt forgiveness policy is projected to cost the federal government around $244 billion, according to higher education expert Mark Kantrowitz. Forgiveness for Pell Grant recipients will cost an additional $120 billion.

Stocks such as Exxon Mobil and Hewlett Packard could weather recession