Biden to tout plan to protect millions of workers’ pensions 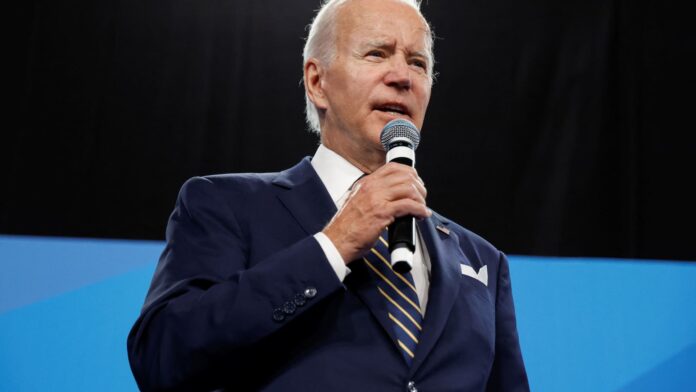 President Joe Biden will travel to Cleveland, Ohio, on Wednesday to announce a plan to prevent cuts to millions of workers’ pensions.

The launch of the program, created under the American Rescue Plan, comes as Biden’s approval rating remains in the doldrums and consumer anxiety mounts over 40-year-high inflation.

Under the final rule for the program, 2 to 3 million workers and retirees who faced pension cuts because of investment losses will get the benefits they were set to receive for their retirement, a White House official said.

More than 200 “multiemployer” plans, which are created between employers and unions, “were on pace to become insolvent in the near term because their investments struggled during economic crises,” the official said.

Those plans are now projected to remain solvent until 2051, “and many of them for much longer,” the official said.

Biden signed the $1.9 trillion American Rescue Plan into law in March 2021. The program will provide about $97 billion to more than 250 underfunded plans, according to the government’s Pension Benefit Guaranty Corp.

The president will deliver the remarks at a Cleveland high school and will be joined by Labor Secretary Marty Walsh, Sen. Sherrod Brown, D-Ohio, Cleveland Mayor Justin Bibb, Reps. Shantel Brown and Marcy Kaptur, D-Ohio, and Gene Sperling, the coordinator of the American Rescue Plan.

‘She needs to pay her debt’

Stay away from Equinix for now