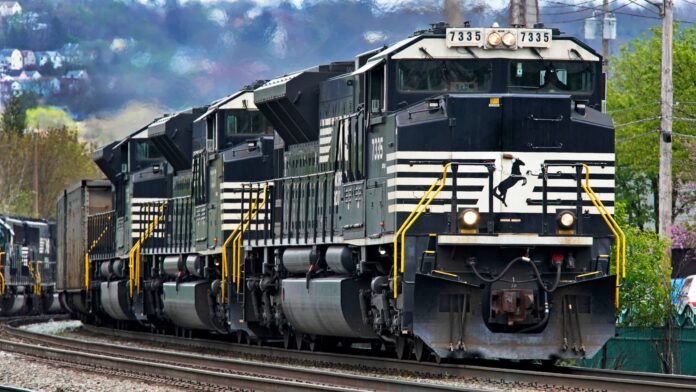 A Norfolk Southern freight train makes it way through Homestead, Pa. on April 27, 2022.

President Joe Biden on Monday called on lawmakers to quickly approve a labor deal that would avert what he called a “potentially crippling national rail shutdown” as early as Dec. 9.

The tentative agreement, which Speaker Nancy Pelosi said the House would vote on this week, aims to prevent a freight strike just two weeks before Christmas, but it has divided workers at two of the country’s biggest rail unions.

Biden urged lawmakers to adopt the tentative deal between railroad workers and operators — “without any modifications or delay” — and warned that the economic repercussions of a shutdown of the country’s freight rails would “devastate” the economy.

“As a proud pro-labor President, I am reluctant to override the ratification procedures and the views of those who voted against the agreement,” Biden said in a statement. “But in this case — where the economic impact of a shutdown would hurt millions of other working people and families — I believe Congress must use its powers to adopt this deal.”

“Congress should get this bill to my desk well in advance of December 9th so we can avoid disruption,” he added.

The tentative agreement, which was approved by labor and management negotiators in September, would provide a 24% pay raise for rail workers and improved health care benefits, Biden said.

Shortly after Biden’s statement, Pelosi said the House would take up the tentative agreement reached between unions and railroads this week.

“This week, the House will take up a bill adopting the Tentative Agreement — with no poison pills or changes to the negotiated terms — and send it to the Senate,” she said in a statement.