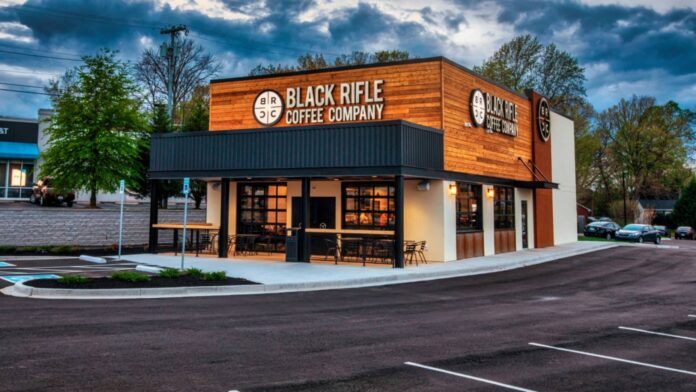 Smith, who is already a member of Black Rifle Coffee’s board of directors, is moving into the role to work more closely with the company’s C-suite to open new brick-and-mortar locations and help to boost direct sales to businesses.

Smith was Wendy’s CEO in 2011, and he led Office Depot from November 2013 until February 2017. He was appointed CEO of Office Depot shortly after it completed its merger agreement with OfficeMax. At the time, he had a reputation for turning around businesses, including the grocery chain Food Lion.

He’s assuming the chairmanship at Black Rifle Coffee from founder Evan Hafer, who will remain as CEO and as a sizable shareholder, a spokesperson said. Co-CEO Tom Davin will also remain with the company, the representative added.

Black Rifle Coffee, founded in 2014 and based in Salt Lake City, is known for selling firearms-themed coffee products such as its “AK-47 Espresso Blend” and “Murdered Out Coffee Roast.” Most of its sales are made online, and it also sells through major retailers like Walmart.

At the end of the first quarter of 2022, Black Rifle Coffee had 18 locations, up from just four a year earlier. It has said it plans to have 78 stores by the end of 2023.

Black Rifle Coffee’s net sales totaled $233 million for 2021, and it sees that number growing to $315 million this year.

“I see significant opportunities for us to reach more customers through new channels and additional distribution points,” said Smith, in a statement.

In February, Black Rifle went public through a merger with a special purpose acquisition company, or SPAC, SilverBox Engaged Merger Corp. The deal valued the beverage business at about $1.7 billion.

As of Tuesday’s market close, the company was valued at about $1.8 billion.

The company recently was caught up in a controversy involving the Dallas Cowboys.

The NFL team faced backlash after it announced a partnership with Black Rifle Coffee just a day after the deadly shooting in Highland Park, Illinois. In a statement, Black Rifle Coffee said the deal with the Cowboys had been in the works for a long time.

White House chief medical advisor Dr. Anthony Fauci to step down in December after more than 50 years of public service

Big Lots, Hibbett, Pinduoduo and others

Inside the $4 billion family office of Walmart Heir Lukas Walton