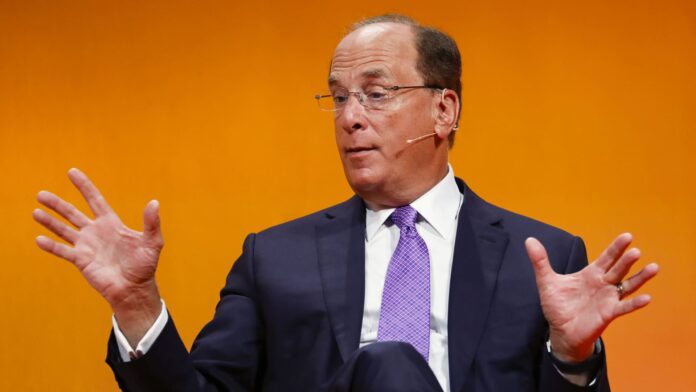 BlackRock has launched a private trust offering institutional clients in the U.S. direct exposure to bitcoin.

The largest asset manager in the world revealed the new product in a blog post Thursday, though it was light on detail.

“Despite the steep downturn in the digital asset market, we are still seeing substantial interest from some institutional clients in how to efficiently and cost-effectively access these assets using our technology and product capabilities,” the company said in the post.

Bitcoin is still more than 60% below its all-time high of almost $69,000. However, many investors believe it has found a bottom with stocks, with the two asset classes being more correlated to each other this year than ever before, amid 2022’s slide in risk assets. On Thursday, the digital currency rose above $24,700 to its highest level since just before it fell to its June low.

“Bitcoin is the oldest, largest, and most liquid cryptoasset, and is currently the primary subject of interest from our clients within the cryptoasset space,” the post continued.

The announcement follows CEO Larry Fink saying earlier this year that BlackRock clients had been showing “increasing interest” in digital currencies, including stablecoins and “the underlying technologies” — also known as blockchain.

BlackRock on Thursday also highlighted the work of energy nonprofits RMI and EnergyWeb for their work “to bring greater transparency to sustainable energy usage in bitcoin mining,” adding the firm “will follow progress around those initiatives.”

Institutional investors once hostile toward the crypto industry have changed their tune in the last few years, but environmental concerns around the process of bitcoin mining have continued to be an obstacle for many.

The post said BlackRock has been researching areas with “potential to benefit our clients and capital markets more broadly,” including permissioned blockchains, stablecoins, cryptoassets and tokenization.

Thursday’s news is the latest in BlackRock’s foray into crypto. The company, which has about $8.5 trillion in assets under management, announced recently a partnership with Coinbase that allows its institutional clients to buy crypto, beginning with bitcoin.

This also comes amid frustration by new institutional investors in the market keen to see the Securities and Exchange Commission approve a spot bitcoin exchange-traded fund. So far, only bitcoin futures ETFs have been approved.

These chip equipment manufacturers could win big from the CHIPS Act