HomeBusinessBoeing forecasts jump in aircraft deliveries, up to $5 billion in free...
Business

Boeing forecasts jump in aircraft deliveries, up to $5 billion in free cash flow next year 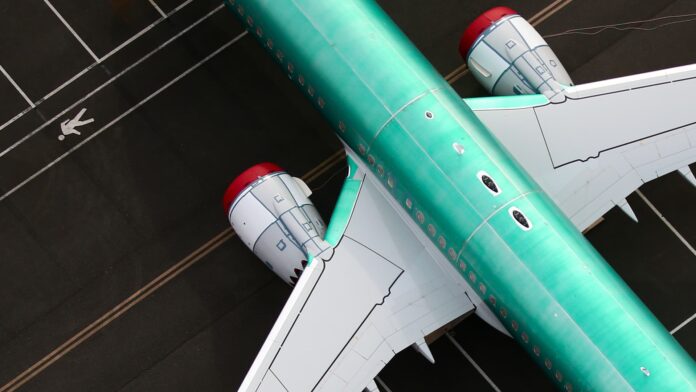 An aerial view of the engines and fuselage of an unpainted Boeing 737 MAX airplane parked in storage at King County International Airport-Boeing Field in Seattle, Washington, June 1, 2022.

Boeing is planning to ramp up production and deliveries of new aircraft, propping up its forecast for higher cash in 2023, it said Wednesday.

Boeing forecast free cash flow of between $3 billion and $5 billion next year, below the $6.53 billion analysts polled by FactSet expected, but above the $1.5 billion to $2 billion in free cash it expects to generate this year.

Deliveries are important to aircraft manufacturers because it’s when airlines or other customers pay the bulk of the sale.

The Arlington, Virginia-based company said it expects to deliver between 400 and 450 of its 737s next year, up from about 375 planes this year.

Boeing shares added 2.8% Wednesday after it released its forecast for the coming years at an event for analysts and investors at its Seattle-area facilities — the first of its kind since 2016, a spokeswoman said.