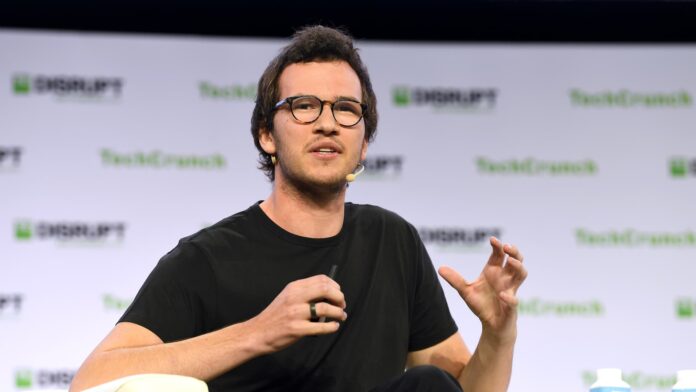 Brex, the Silicon Valley lender to start-ups, is dropping tens of thousands of small business customers to focus on bigger venture-backed clients, according to co-founder Henrique Dubugras.

The company began informing customers this week that they have until Aug. 15 to withdraw funds from online accounts and find new providers, Dubugras told CNBC on Friday in a Zoom interview. Axios reported the change Thursday.

The move is the latest sign of a sea change occurring among start-ups as an abrupt shift in market conditions is forcing a new discipline on companies that previously focused purely on growth. The shift began late last year, when the shares of high-flying publicly traded fintech players such as PayPal began to collapse.

Dubugras said that he and his co-founder Pedro Franceschi made the decision in December as their start-up customers became increasingly demanding. Plunging valuations for public companies soon bled over into the private realm, hammering valuations for pre-IPO companies and forcing firms to focus on profitability.

That meant that some of Brex’s biggest customers began to request solutions to help them control expenses and hire cheaper international workers, Dubugras said.

At the same time, the traditional brick-and-mortar small businesses, including retailers and restaurants, that Brex began adding in a 2019 expansion flooded support lines, resulting in worse service for the start-ups they valued more, he said.

“We got to a situation where we realized that if we didn’t choose one, we would do a poor job for both” groups of clients, he said. “So we decided to focus on our core customer that are the start-ups that are growing.”

The initial news of the announcement caused mass confusion among Brex customers, spurring Franceschi to tweet about the move, Dubugras said.

Brex is holding onto clients that have secured institutional backing of any kind, including from accelerator programs, angel investors or Web 3.0 tokens, he said. They are also keeping traditional companies that Brex deems midmarket in size, which have “more financial history so we can underwrite them for our credit card,” Dubugras said.

The shift is the latest learning moment for the two young co-founders, Stanford University dropouts who took Silicon Valley by storm when they created Brex in 2017. The company was one of the fastest to reach unicorn status and was last valued at $12.3 billion.

The pair mistakenly thought that expanding services to more traditional small businesses would be a simple move. Instead, the needs of the two cohorts were different, requiring a different set of products, he said.

“We built Brex with 20 people, so we thought, why can’t we just build a different Brex with another 20 people?” Dubugras said. “I learned that focus is extremely important; that’s definitely a lesson I’m going to take with me forever.”

While business leaders have been warning of an impending recession in recent weeks, the decision wasn’t based on concern that small businesses would default on corporate cards, the co-founder said. That’s because most small businesses had to repay their cards on a daily basis, leaving little risk Brex wouldn’t get repaid, he said.

“It’s terrible. It’s the worst outcome for us, too,” Dubugras said. “We invested so much money in acquiring these customers, serving them, building the brand, all these things.”

Brex ranked No. 2 on this year’s CNBC Disruptor 50 list. Sign up for our weekly, original newsletter that goes beyond the annual Disruptor 50 list, offering a closer look at list-making companies and their innovative founders.