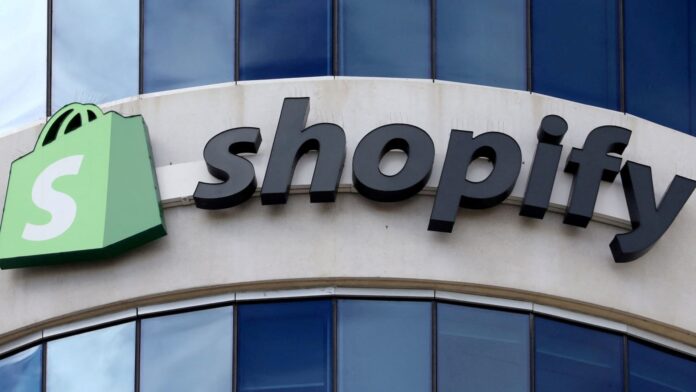 Shopify is a buying opportunity now that e-commerce spending is picking up again, according to Atlantic Equities. Analyst Kunaal Malde upgraded shares of Shopify to overweight from neutral, and raised its price target, saying the e-commerce stock has upside after investors priced in recession expectations. “Ecommerce is reaccelerating as reopening headwinds stabilize and secular tailwinds return as the primary growth driver. Although inflation and recession headwinds could increase, estimates now generally assume further moderation in underlying growth despite signs of stability,” Malde wrote. “Shopify remains a high-quality market share gainer and we now see upside to estimates following the recent reset, so we are upgrading the stock to Overweight.” Shopify cratered 70% this year after a pandemic boom gave way to a spending slowdown. Many brick-and-mortar retailers had turned to Shopify during the pandemic to establish an online presence when the pandemic forced them to close their doors. Last month, the e-commerce company said it is laying off one-tenth of its workforce. In its calendar second quarter earnings results, Shopify also lowered its full-year financial outlook . Still, Malde expects that Shopify will recover alongside the broader e-commerce sector, which he expects will grow at “high-single to low-double digit growth” in normal environments outside of the pandemic. “Shopify continues to be a market leader in product innovation, which helps the platform continue taking share of e-commerce volumes and increase its take rate over time,” Malde wrote in a Thursday note. Atlantic Equities raised the year-end price target to $46 from $42. That’s about 13% higher than Wednesday’s closing price of $40.61. Shopify jumped 4% in premarket trading Thursday. —CNBC’s Michael Bloom contributed to this report.

Apple will reportedly move some iPad capacity from China to Vietnam

Covid-19 omicron shots available, but their effectiveness is unclear