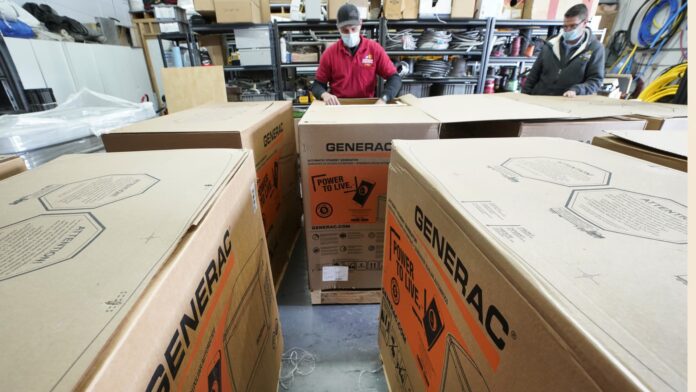 Although the U.S. faces a housing slowdown that shows few signs of easing, Cowen thinks now is a good time to buy shares of Generac . Analyst Jeffrey Osborne initiated coverage of the generator company with an outperform rating and $229 price target. He said in a note to clients Friday that the stock looks attractive at current levels, adding that a slowing housing market and ongoing macro uncertainties are already priced in. “Generac is the clear industry leader within a market that still has growth potential given its ~5.5% penetration rate,” Osborne said. “The instability of the grid continues to drive significant power outages across the U.S. during periods of extreme weather. We believe the clear need for incremental grid investment and hardening has increased baseline demand for Generac’s products.” Shares of Generac have slumped more than 50% this year as the market hit sell-off mode and sit about 67% off their 52-week highs. The company has also dealt with extreme backlogs that dated back to 2020 which have eased as Generac ups its manufacturing capacity. Osborne also sees value in Generac’s solar offering in the long term. “However, we are cautious on an immediate success for Generac’s solar strategy given well-established competitors and the long tail of installers that have already partnered with SolarEdge and Enphase,” he wrote. Cowen’s $229 price target suggests shares could rally another 31% from Thursday’s close. — CNBC’s Michael Bloom contributed reporting.