HomeBusinessChinese electric vehicle maker Li Auto to raise $2B in US stock...
Business 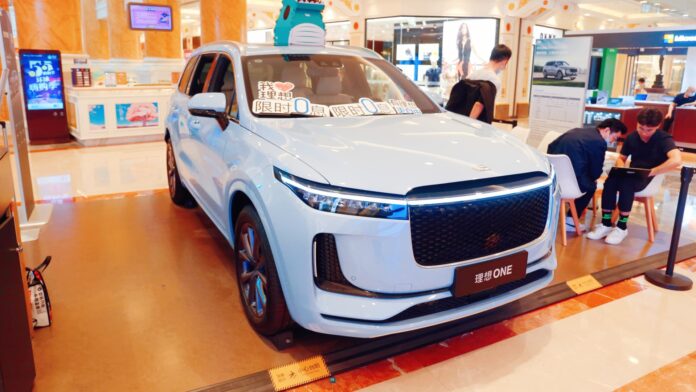 The Li One electric car from Li Auto is displayed at the Moonstar Global Harbor shopping mall in Shanghai, China, May 10, 2021.

Chinese electric vehicle maker Li Auto said Tuesday that it plans to raise $2 billion from U.S. investors through an “at-the-market” stock offering, in which share prices are determined at the time they’re sold.

The funds will be spent to develop new technologies, including for autonomous driving, and for the development of future models, the Beijing-based company said in a filing with the Securities and Exchange Commission.

A company raising funds via an at-the-market offering will generally sell a designated amount of stock over time through investment banks at prevailing market prices. Li Auto said that Goldman Sachs, UBS Securities, Barclays Capital, and the Hong Kong unit of China International Capital Corporation will be its agents for the new stock offering.

Li Auto is one of several Chinese electric vehicle companies to have drawn attention from U.S. investors in the last several years, along with rivals including Nio and XPeng. Founded in 2015, the company specializes in upscale electric SUVs with so-called “range extenders”, which are internal-combustion engines that act as generators to recharge vehicles’ batteries while driving.

While more electric vehicles are sold in China than in any other country, there are still parts of China where EV chargers are relatively scarce. A range extender can offer reassurance for customers in those regions and for drivers elsewhere who aren’t quite ready to go 100% electric.

Li’s U.S.-listed shares were down about 3.3% in early trading following the announcement.