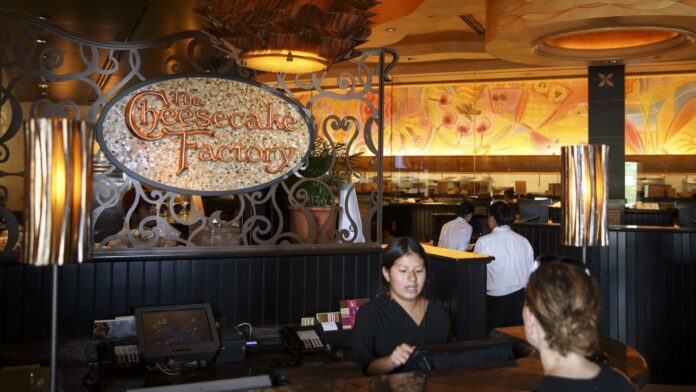 Companies continue to battle inflation on a variety of fronts, but a new source is increasingly being called out: electricity costs. Raw materials, packaging, transportation and labor cost pressures all remain significant issues. But this earnings season, a number of companies have cited notably higher electricity costs over the summer that put pressure on operating margins – and ultimately the bottom line. And some of these companies anticipate these higher costs aren’t going away just yet. Casino operator Caesars Entertainment posted an EPS and revenue beat on Tuesday afternoon. Its company-wide adjusted EBITDA profitability metric also topped estimates on the strength of its regional segment. Third-quarter earnings before interest, taxes, depreciation and amortization rose to $570 million, after adjustments, outpacing the $524 million estimate from StreetAccount. However, profitability actually fell short of estimates in the Las Vegas division, with adjusted EBITDA of $480 million versus a $504 million StreetAccount estimate. That’s a $24 million shortfall. So what’s to blame there? As reported by CNBC’s Contessa Brewer, higher electricity costs in Las Vegas cut into EBITDA by as much as $20 million. That basically accounts for the miss. The casino operator’s Las Vegas properties are dependent on electricity that stems from California. Rising natural gas prices there are probably a main culprit for the big rise in the electricity bill. Caesars shares are trading about 6% higher Wednesday in the wake of the better-than-expected report, but the stock is still down just under 50% so far this year. The restaurant industry also has been pretty vocal about higher electricity costs. Look at the disaster of a report Cheesecake Factory had on Tuesday afternoon. It reported an adjusted 3 cent loss . Wall Street expected a 28-cent profit. Cheesecake Factory didn’t blame collapsing demand. Food costs weren’t spiraling out of control – in fact, the company said, “core cost inputs have become more stable and predictable.” The main problem: “profit margins in the quarter reflected higher-than-anticipated operating expenses particularly in utilities and building maintenance.” That likely translates to higher electricity costs. It’s worth noting: If California electricity costs are a specifically heightened problem, it’s notable that a large 18% of the Cheesecake Factory brand’s restaurants are located in that state. Cheesecake Factory shares are down more than 3% on the news, putting the stock down more than 16% year to date. CNBC’s Pippa Stevens has observed similar concerns during earnings calls that other restaurant operators have held recently. Some highlights: McDonald’s : “I think you’ve heard us talk to that before, in food and paper and also in energy prices, which obviously are impacted, particularly in Europe, knowing some of the European markets were quite dependent on Russia as an energy source and have had to obviously look for alternative supply.” Chipotle : “This decrease was driven by sales leverage as well as a decline in delivery expenses due to lower delivery sales, partially offset by higher costs across several expense categories, most notably, utilities, including natural gas.” Darden Restaurants : “Restaurant expenses were 10 basis points above last year driven by higher repairs and maintenance expense due to supply chain challenges and utilities inflation of 16%.” Bloomin’ Brands : Inflation was “driven by utilities” and the utilities pressure is expected to “continue into the fourth quarter.” —CNBC’s Contessa Brewer and Pippa Stevens contributed to this report.

Buy Qualcomm as chipmaker is ready for a post-smartphone world, HSBC says