HomeEuropeCredit Suisse is not about to cause a Lehman moment, economist Sri-Kumar...
Europe 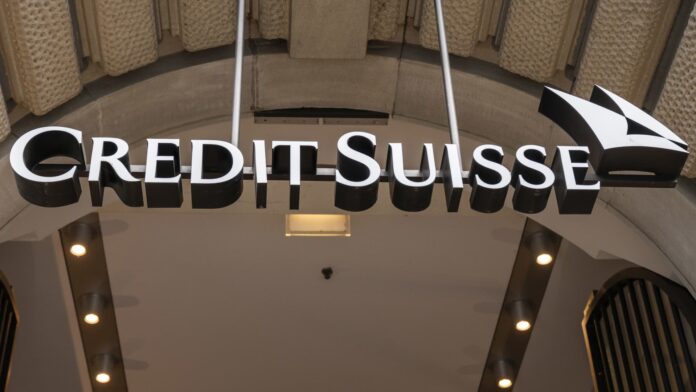 Signage hangs over the entrance of a Credit Suisse Group AG branch in Zurich, Switzerland, on Sunday, Sept. 25, 2022. Inflation in Switzerland has more than doubled since the start of the year and the State Secretariat for Economic Affairs expects it to come in at a three-decade-high of 3% for 2022. Photographer: Pascal Mora/Bloomberg via Getty Images

Worries are mounting over Credit Suisse’s financial health — but that doesn’t mean markets are headed toward a “Lehman moment,” , said the president of Sri-Kumar Global Strategies.

“I think the Federal Reserve is going to have to face the consequences of a credit event” if it were to occur, Komal Sri-Kumar told CNBC’s “Squawk Box Asia” on Monday. “Something is going to break.”

The fourth quarter starts now, and it’s not looking good for the economy

“This may or may not be a Lehman moment,” he said, referring to the collapse of Lehman Brothers in 2008, which triggered a string of big Wall Street bailouts and a subsequent financial crisis.

CDSs are essentially insurance bets against defaults and a credit event refers to a negative and sudden change in the borrower’s ability to repay its debt.

A long-time critic of the Fed’s approach to the rise of prices, Sri-Kumar said the latest events surrounding Credit Suisse shows the “real danger of having miscalculated inflation for such a long time.”

“They are trying to make up for it by doing everything in a hurry,” he said, referring to the Fed’s continued hawkish policy and pledge to continue hiking interest rates to tamp down on inflation.

In the Fed’s latest monetary policy meeting in September, the central bank raised its benchmark rate by three-quarters of a percentage point and indicated it will keep raising rates well above the current level.

Sri-Kumar said such attempts at controlling inflation is dangerous for markets worldwide.

“It carries an enormous amount of risk to the global system in terms of what the various central banks are doing,” he said.

“The silver lining at end of this period, is the fact that central banks will probably start to relent some time as both inflation is down and financial conditions worsen dramatically,” he said on CNBC’s “Squawk Box Asia” Monday.

“I don’t think it’s the end of the world, but it could get scary for the next quarter or so,” he said.

These companies are cheap, have strong balance sheets, and analysts love them