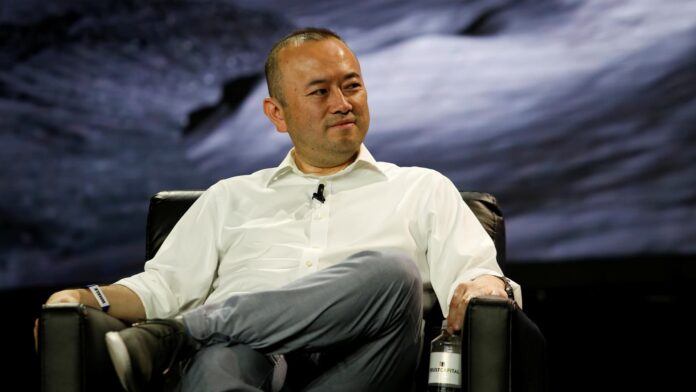 Michael Moro, chief executive officer of Genesis, pauses as he speaks during the Bitcoin Conference 2022 in Miami Beach, Florida, April 6, 2022.

Digital asset brokerage Genesis said on Wednesday that CEO Michael Moro is stepping down and the company is slashing 20% of its workforce, the latest casualties as the cryptocurrency market unwinds.

Derar Islim, Genesis’ operating chief, will take over as interim CEO while the company searches for a permanent replacement, the company said in a statement.

Genesis is a unit of Digital Currency Group, the crypto investor and conglomerate founded by Barry Silbert. Genesis was early in the market, launching the first over-the-counter crypto trading desk in 2013, and then expanding to become a major lender.

During the 2021 crypto boom, Genesis boosted its book dramatically. Loan originations surged more than sevenfold to $131 billion, and the company increased headcount by 22% to 170 employees. By mid-2022, that number had swelled to 260. A cut of 20% equates to the loss of about 52 jobs.

The rapid turn in the crypto market this year, which sent bitcoin and ethereum tumbling, wiped out firms whose businesses were tied directly to prices of digital assets. Hedge fund Three Arrows Capital, or 3AC, filed for bankruptcy as did brokerage Voyager Digital and crypto lender Celsius Network.

While Genesis has weathered the storm better than other players in the market, the firm suffered significant losses due its exposure to 3AC. In July, Genesis filed a $1.2 billion claim against 3AC because of breached loans.

“Genesis was not immune to the market drop and the damage to overall sentiment,” the company said in a report on second-quarter market observations. “As we’ve stated publicly, Genesis had loan exposure to Three Arrows Capital. Our parent company DCG assumed the liability related to losses on these loans, leaving our balance sheet healthy so Genesis could continue to be a source of strength for our clients.”

Moro, who joined Genesis in 2015 and took over as CEO the following year, will stay on during the leadership transition, Genesis said. The company said it also recently hired new executives as chief risk officer, chief compliance officer and chief technology officer.