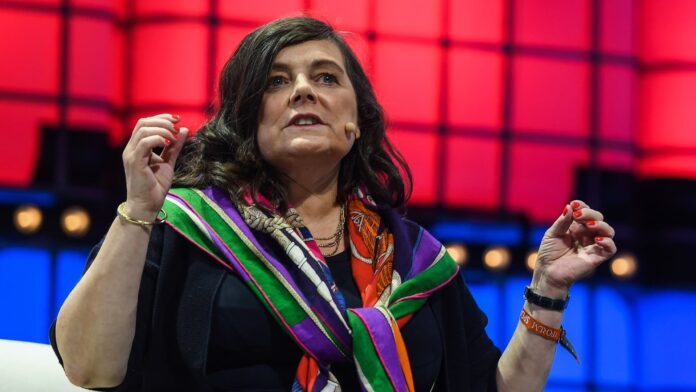 AMSTERDAM — The boss of Goldman Sachs-backed digital bank Starling has doubled down on criticisms of crypto, calling digital currencies a threat to the safety of payment infrastructure.

“It is very dangerous,” Anne Boden, who founded Starling in 2014, warned Tuesday at the Money 20/20 fintech conference in Amsterdam. Based in Britain, Starling offers fee-free checking accounts and loans through an app. The firm was last privately valued at £2.5 billion ($3.1 billion) and counts the likes of Goldman and Fidelity as investors.

“A lot of [crypto] wallets are being connected directly to payment schemes,” Boden said. “This is a threat to the safety of our payment schemes around the world.”

Major payment players are embracing cryptocurrencies — credit card giants Mastercard and Visa opened their networks to digital assets, for example, while PayPal also lets users trade bitcoin and other cryptocurrencies. Regulators are concerned about the financial system becoming more entwined with the volatile world of crypto.

Roughly $400 billion has been erased from the combined value of all cryptocurrencies in the past month, as investors were rattled by the collapse of terraUSD, a popular so-called stablecoin that was meant to always be worth $1.

It’s not the first time Boden has warned about the dangers of the crypto space. She has previously sounded the alarm about the risk of consumers falling victim to fraud as a result of investments in crypto.

“Customers are being scammed,” the Starling chief said Tuesday. “We’re spending far more of our time protecting customers from the scammers than we are trying to promote crypto.”

Asked whether Starling would ever offer crypto, Boden said it was unlikely to happen in the next couple of years, adding crypto companies have a lot of catching up to do when it comes to anti-money laundering controls.

The regulator didn’t name any names, but Starling confirmed it was among the firms whose systems were scrutinized, with a spokesperson saying the company has been “extremely vocal” about fighting fraud.