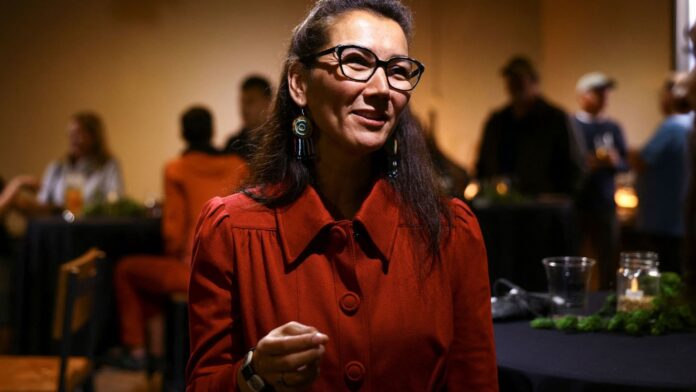 Peltola, who is executive director of the Kuskokwim River Inter-Tribal Fish Commission, previously served 10 years in the state Legislature and campaigned as “Alaska’s best shot at keeping an extremist from winning.”

She finished fourth in a crowded nonpartisan June primary that saw 48 candidates battling to secure one of the four spots on the Aug. 16 special election ballot. But heading into Wednesday’s final tabulation, Peltola was leading the pack.

The special election was the state’s first test of ranked-choice voting, which was implemented after a 2020 ballot measure. The same system will be used in November.

The results come more than two weeks after voters cast their ballots to determine who would carry out the final four months of Young’s term after he died in March at age 88.

No candidate won more than 50% of the vote in the Aug. 16 election, which triggered runoffs under the new system where voters ranked the candidates in order of preference.

The elimination process for the special election didn’t start until Wednesday, the last day elections officials could receive absentee ballots.

Begich, Palin and Peltola are also facing off in November to determine who will serve a full two-year term in the U.S. House. The three candidates obtained the most votes in the primary. A fourth qualifying candidate, independent Al Gross, later dropped out of the race.