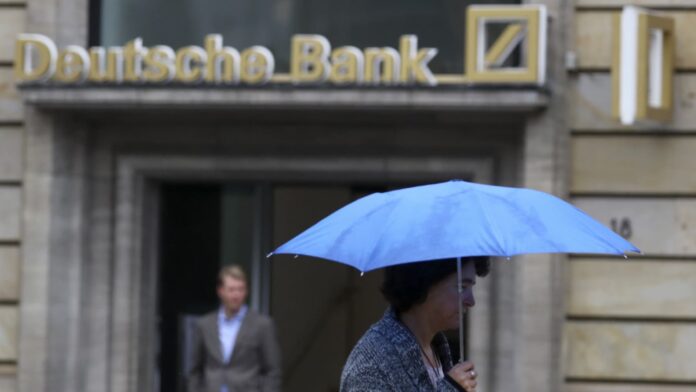 Deutsche Bank joined the growing chorus of voices that’s not convinced we’re in a recession yet — although the firm continues to believe we’ll likely land in one within the next year. “We still think a recession is almost a slam dunk over the next 12 months but want to see more evidence of employment rolling over before we would call the current U.S. environment a recession,” Deutsche Bank chief U.S. economist Matt Luzzetti wrote in a note Thursday. Those remarks follow a second straight quarter that the U.S. gross domestic product contracted. It’s a streak that many investors accept as a recession indicator, although the official call is yet to come from the National Bureau of Economic Research, which uses multiple factors to make that decision. Still, since 1947, there has never been two consecutive quarters of negative GDP prints without the NBER officially calling a recession, according to data from Deutsche Bank. The data showed it’s unlikely for one negative quarter to pass without an official call for a recession. “So it would be incredibly foolish to dismiss the fact that we might already be in recession but for a quarter or two or three, this time could be slightly different,” Deutsche Bank’s Luzzetti wrote. Regardless, Federal Reserve Chairman Jerome Powell said on Wednesday that he does not believe the U.S. is in a recession, citing a strong labor market that has helped offset weakness in other parts of the economy. “I do not think the U.S. is currently in a recession and the reason is there are too many areas of the economy that are performing too well,” Powell said. He’s not the only one who holds that view. Major economists do not believe the NBER will declare a recession for the first half of 2022, pointing to strong employment numbers that they believe make the call less likely. In June, the U.S. economy added a greater-than-expected 372,000 jobs.

Roku downgraded to sell by Pivotal, who says the stock should be shorted amid inevitable recession