HomeUSADisney and Netflix prepare for ad-supported streaming, but there are challenges ahead
USA

Disney and Netflix prepare for ad-supported streaming, but there are challenges ahead 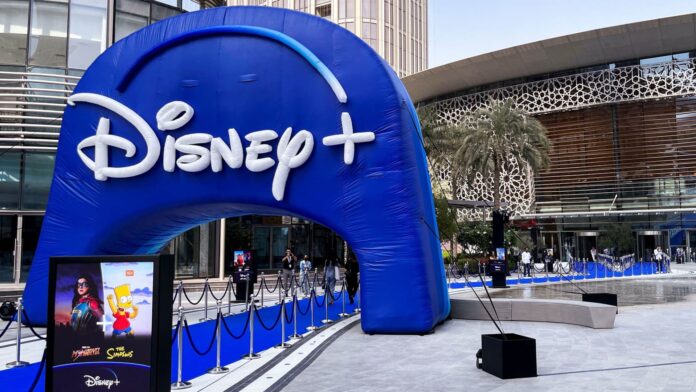 Disney and Netflix are turning toward advertising on their streaming platforms to bolster their bottom lines, but the rollout may be less smooth than anticipated. Both platforms are hoping commercial spots will help them generate durable profits after Netflix’s last two quarters of earnings results suggested years of rapid subscriber growth may have finally peaked. In its most recent quarter ending June, Netflix said it lost about 1 million global subscribers , an eye-popping figure that was nevertheless better than investors expected . The companies have announced that they will unveil ad-supported tiers within the next 12 months. Disney is launching an ad-supported plan Dec. 8 that will cost the same as its current ad-free plan . At the same time, the price of its ad-free plan will jump $3. Meanwhile, Netflix is partnering with Microsoft and expecting to debut an ad-driven plan in early 2023. “It means that every streaming service will have two revenue streams — which is better for the economics because streaming is losing money,” said Needham analyst Laura Martin. Nevertheless, Disney and Netflix will have to navigate challenges, including a tougher macro backdrop and expectations of slower ad growth, as they try to deliver on their promises. In its most recent report, marketing firm Dentsu slightly lowered its global advertising investment forecast for 2022, down to 8.7% from 9.2%. This quarter, shares of Netflix are about 37% higher, though they’re still down roughly 60% in 2022. Disney is up 31% for the third quarter, while remaining 19% off this year. Disney For some, Disney’s decision to launch an ad-supported tier at the same price as its current ad-free plan was unexpected. In December, Disney+ with commercials will be $7.99 per month, while the price of an ad-free viewing experience will rise by $3 to $10.99. It’s a move some on Wall Street say will increase churn on the platform. “We are surprised that, rather than using an ad-driven tier to make Disney+ more affordable and to grow its TAM, DIS is using it to raise its avg DTC monthly ARPU,” Needham’s Martin wrote in a recent note. “It’s an aggressive move in a crowded OTT market, and this product is late,” she added, referring to “over the top” — another term for services that offer streaming media to consumers over the internet. “We worry this pricing strategy will elevate Disney+ disconnects.” Still, Disney may have a clear line of sight into what subscribers can bear after studying advertising in one of its other streaming platforms: Hulu. The streaming platform, in which Disney shares a stake with Comcast , tops the market with its advertising model. Hulu has also helped Disney build its own service over the past several years. “We understand the marketplace. We understand what it takes to launch a service with advertising. We have built the tech to be able to service it through our Disney ad server. We understand that we’re going to roll it out slowly,” Rita Ferro, president of advertising sales at Disney, said at a MoffettNathanson event, according to a FactSet transcript from May 18. Meanwhile, according to Atlantic Equities analyst Hamilton Faber, Disney may have gained confidence to raise its prices after recently increasing the cost of ESPN+ to $9.99 from $6.99. The move resulted in minimal churn. The strength of ESPN+ is a reason why Daniel Loeb’s Third Point is pushing Disney to spin off the sports platform . The hedge fund manager has also called on Disney to integrate Hulu into its Disney+ platform and to “make every attempt” to acquire Comcast’s 33% stake in Hulu before a 2024 deadline. Still, Disney will have to be “a little bit more thoughtful” with the advertising on Disney+, given its family-centric audience, according to RBC Capital Markets’ Kutgun Maral. “I think there’ll be natural limitations to which content that they will at least initially put advertising on,” he said. “At least right off the bat, you know, you won’t have advertising on certain kids’ programming or preschool programming and that might limit the initial monetization opportunity compared to Hulu or compared to Discovery Plus, for example.” Netflix Not everyone believes that Netflix will be able to meet its streaming goals. While Netflix is aiming to roll out an ad-driven model in early 2023 , Needham’s Martin believes the streaming giant “won’t enter the market with an ad-driven model until the second half of ’23.” The analyst, who has a hold rating on the stock, said investors are better off using Netflix “as a source of cash to buy something different.” Netflix, which partnered with Microsoft to build an ad-supported service, could lag behind peers, said Needham’s Martin. “Disney has an advertising sales force… Netflix does not. That’s going to be a big challenge,” she said. “They’d have to hire 20 people in this hiring market, which is tough, which takes time.” Others were also pessimistic. Pivotal’s Jeffrey Wlodarczak believes the most prudent move for Netflix would be to sell its platform to Microsoft, saying that Netflix does not have a business diversified enough to outpace its competitors. “Last but not least we remain concerned that unlike their competitors AAPL, AMZN, GOOG and DIS, NFLX does not have alternative high-margin businesses that they can monetize their streaming efforts,” he said. Disney and Netflix did not respond to CNBC’s requests for comment. Other players Tech giants Amazon and Apple are emerging as potential contenders in the streaming wars. Dentsu anticipates $738.5 billion will be spent globally on advertising in 2022. Amazon already has about $35 billion in advertising revenue, while Apple is in the process of building its advertising platform, according to Needham’s Martin. Unlike their rivals, Amazon and Apple have the cash on hand to spend on content without concern of reaching streaming profitability just yet. “AAPL and AMZN are winners of the Streaming Wars (our view) because they have virtually unlimited resources, best-in-class Walled Garden 1st party data, and top-notch tech teams,” Martin wrote in a recent note. Disclosure: CNBC is part of Comcast’s NBCUniversal.

How LiveU has defined the industry it once disrupted