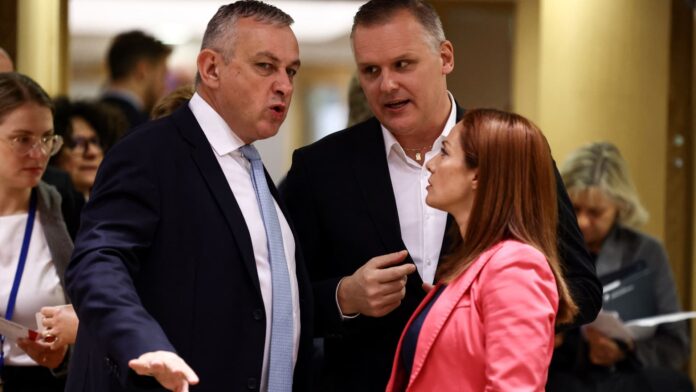 EU energy ministers fail to agree on a cap for natural gas prices. New emergency meeting due in mid-December.

BRUSSELS — European energy ministers failed to reach a compromise over a cap on natural gas prices after “heated,” “ugly” and “tough” discussions.

The 27 EU leaders agreed in late October to give their political support to a limit on natural gas prices after months and months of discussions on how to best tackle the current energy crisis.

The European Commission, the executive arm of the EU, and the bloc’s energy ministers were then tasked to solve the more specific, and practical, differences on the measure.

However, the divergences are so acute in Brussels that energy ministers have not managed to find a compromise and instead have convened a new emergency meeting for mid-December.

“The tension was touchable,” one EU official, who followed the discussions but preferred to remain anonymous due to the sensitive nature of the talks, told CNBC via telephone. The same official said the conversations were “very tough” because of a “fake price cap.”

In an attempt to bring everyone on board, the European Commission proposed a cap at 275 euros per megawatt hour. The cap would also only kick in when prices are 58 euros ($60.46) higher than a global LNG (liquefied natural gas) reference price for 10 consecutive trading days within a two-week period.

Countries eager to implement the cap, most notably Poland, Spain and Greece, say this proposal is not realistic as it is so high that it is unlikely to ever be triggered.

“The gas price cap which is in the document currently doesn’t satisfy any single country. It’s a kind of joke for us,” Anna Moskwa, Poland’s minister for climate, said in Brussels Thursday.

Other EU officials, speaking to CNBC on the condition of anonymity, mentioned how the conversations were “heated.” One of them went as far as saying that “at one point, it got really ugly.”

This reflects how poorer and more indebted EU nations feel about the energy crisis that’s impacted the region since Russia’s invasion of Ukraine back in February. With less fiscal room to support domestic consumers, these countries need EU-wide measures to contain energy costs at home.

“I hope we get there next week,” another official following the meeting told CNBC under the condition of anonymity.

Speaking at a press conference Thursday, Jozef Sikela, the Czech minister for industry and trade, also said: “We’re not opening the Champagne yet, but putting the bottle in the fridge.”

Energy ministers are expected to meet again on Dec. 13, just before the heads of state meet in Brussels for their final EU summit of the year. Until then, the commission’s proposal is likely to suffer alterations in the hope of bringing everyone on board.

Why the retail industry is facing a bankruptcy wave