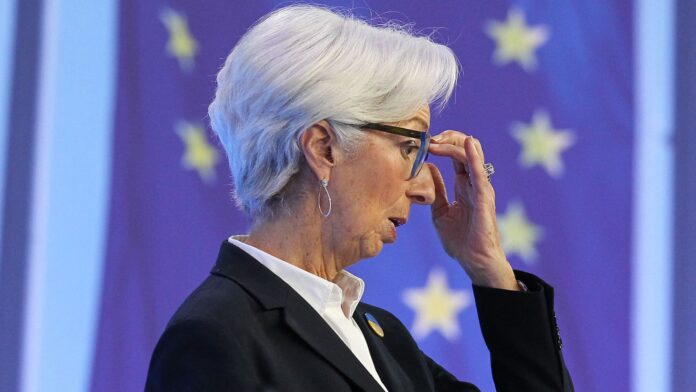 The European Central Bank announced an unscheduled monetary policy meeting for Wednesday, at a time when bond yields are surging for many governments across the euro zone.

“They will have an ad hoc meeting to discuss current market conditions,” a spokesperson for the central bank told CNBC.

Borrowing costs for many governments have risen sharply in recent days. In fact, a measure known as Europe’s fear gauge — the difference between Italian and German bond yields which is widely watched by investors — widened the most since early 2020 earlier on Wednesday.

The yield on the 10-year Italian government bond also passed the 4% mark earlier this week.

The moves in the bond market, which highlights nervousness among investors, were linked to concerns that the central bank will be tightening monetary policy more aggressively than previously expected.

At the same time, the ECB failed last week to provide any details about possible measures to support highly indebted euro zone nations, which further fueled concerns among the investment community.

However, in the wake of Wednesday’s announcement, bond yields have come down and the euro moved higher against the U.S. dollar. The euro traded 0.7% up at $1.04 ahead of the market open in Europe.

The market reaction so far suggests that some market players are expecting the ECB to address concerns over financial fragmentation and indeed provide some clarity about what sort of measures it might take to support highly indebted nations.

Stepping up when needed?

Wednesday’s announcement also followed a speech by one of the members of the central bank that aimed to address some of the recent market skittishness over financial fragmentation.

Isabel Schnabel, a member of the ECB’s executive board, said in Paris Tuesday: “Our commitment to the euro is our anti-fragmentation tool. This commitment has no limits. And our track record of stepping in when needed backs up this commitment.”

One of the most defining moments in the ECB’s history took place in 2012 when former President Mario Draghi said the central bank would do “whatever it takes” to safeguard the common currency. The ECB was also seen by many as stepping up significantly and promptly in the wake of the coronavirus pandemic.

Financial fragmentation is a risk for the euro zone. Although the 19 members of the euro area have different fiscal capacities, they share the same currency. As such, instability in one nation can spillover to other euro capitals.

“We will react to new emergencies with existing and potentially new tools. These tools might again look different, with different conditions, duration and safeguards to remain firmly within our mandate. But there can be no doubt that, if and when needed, we can and will design and deploy new instruments to secure monetary policy transmission and hence our primary mandate of price stability,” Schnabel said Tuesday.

Adani’s battle with Hindenburg leaves investors sizing up its exposure