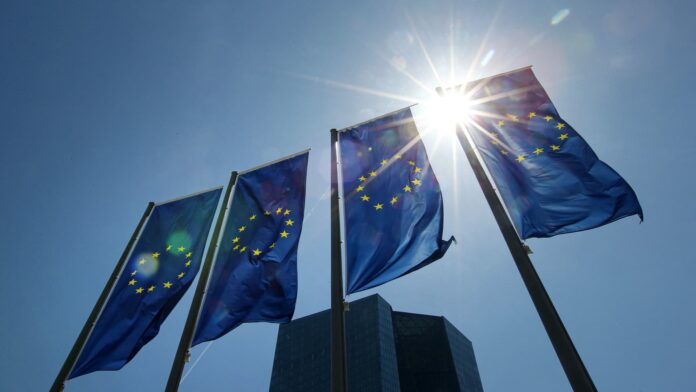 “This major step frontloads the transition from the prevailing highly accommodative level of policy rates towards levels that will ensure the timely return of inflation to the ECB’s 2% medium-term target,” it said in a statement.

It added it “expects to raise interest rates further, because inflation remains far too high and is likely to stay above target for an extended period.”

Markets had largely priced in a 75 basis point hike, with the euro remaining flat against the British pound and rising slightly against the dollar to 1.0005. On Monday the euro dipped below 99 cents for the first time in 20 years.

The ECB move follows a hike from -0.5% to zero at its July meeting. The central bank, which sets monetary policy for the 19 euro-using nations, has kept rates in negative territory since 2014 in a bid to spur spending and combat low inflation.

The central bank now faces a very different problem, with consumer prices in the euro zone rising by 9.1% in August, setting a ninth consecutive record.

Inflation is being turbocharged by runaway energy prices, which have soared since Russia’s invasion of Ukraine in February. Price rises are also being seen in areas including food, clothing, cars, household appliances and services. Factors including ongoing supply chain issues and knock-on effects of recent heatwaves have helped drive up prices.

Gross domestic product across the euro zone increased by 0.8% in the second quarter, however, many analysts say a euro zone recession is all-but-inevitable in the coming months as consumer spending power is squeezed and businesses struggle to pass on higher input costs.

As in the U.S., recession warnings come despite an extremely tight labor market, with unemployment across the bloc at a record low of 6.6%.

Lagarde said the bank remained data dependent meeting by meeting, and that it had assessed inflation figures and growth projections since its last July gathering.

“While we conclude that energy is the major source of inflation, along with the increase in food, we also have inflation spreading across a range of products and services where demand plays a role,” she said.

“So in the face of inflation that is extremely high, that is of a magnitude and persistent across sectors of that nature, determined action had to be taken.”

Countering accusations that the European Central Bank is lagging behind other major central banks in rate hikes, Lagarde said it had begun to normalize monetary policy from December when it ended its asset purchase program.

But its downside scenario, accounting for risks including a complete shut off in Russian energy supply to the rest of Europe and rationing, was for 2.9% growth in 2022, 0.9% contraction in 2023 and 1.9% growth in 2023.

“The ECB and other central banks have been torn between the need to crush inflation and their realisation that recession risks continue to increase,” said Willem Sels, global chief investment officer at HSBC.

“Gas prices have been rising sharply, and we know that the ECB is concerned that rising inflation leads to higher wage demands, which could make inflation pressures more sticky. Monetary policy acts with a lag, and ECB governors may have judged that it is better to front-load rate hikes and to finish hiking by the end of the year,” he added in a note.

Sels said that bond markets and equity markets had reacted with “some concern.”

“The rate hikes will further raise borrowing costs of peripheral countries and tighten financial conditions, which may deepen the recession,” he added.
The pan-European Stoxx Europe 600 was down 0.42% after the announcement, following a morning in the green

Any upside provided to the euro would not be sustainable given expected Federal Reserve and Bank of England rate hikes, the rising cost of debt, a potential recession, the upcoming Italian election and geopolitical risk, Sels added.

The pan-European Stoxx Europe 600 was down 0.42% after the announcement, following a morning in the green.

Thursday’s rate rise keeps the ECB below its “neutral” rate of between 1% to 2%.

Konstantin Veit, portfolio manager at investment firm Pimco, told CNBC‘s “Squawk Box Europe” Thursday that it was now “uncontroversial” within the Frankfurt-based institution to get within this range before the end of the year.

The “more interesting” question now, he said, was what its “terminal rate” — the highest point— will be during this hiking cycle.

Markets will now be hunting for clues as to whether it will move above the neutral range into tightening territory.