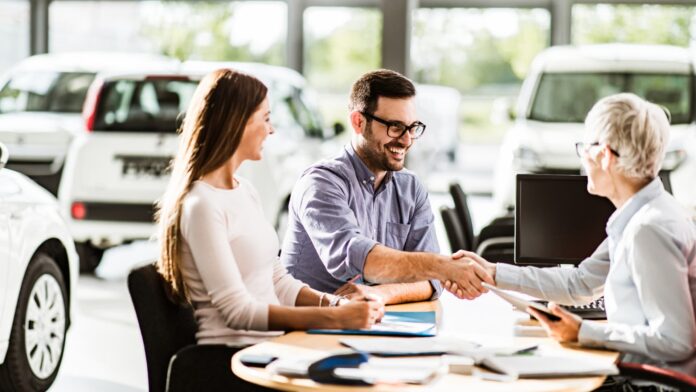 Strategists have cheered the Inflation Reduction Act as a boon for the electric vehicle industry thanks to a slate of tax credits, but accountants and others warn that the complexity of those benefits may curtail the expected boost for manufacturers. The legislation, which President Joe Biden signed into law on Aug. 16 , includes a 15% corporate minimum tax aimed at companies that earn more than $1 billion a year and a provision that applies a 1% tax on share buybacks . One of the measures that’s caught the attention of Wall Street is the expansion of the $7,500 tax credit for the purchase of a new qualified electric vehicle or hybrid plug-in, provided they’re placed in service before Jan. 1, 2033. Further, buyers of used vehicles may also qualify for up to $4,000 in tax credits. “We have a ton of energy credits that will make industries potentially more attractive — in theory,” said Ed Zollars, certified public accountant and partner at Thomas, Zollars & Lynch. “People are going to be figuring out how to claim it.” New complexity Prior to the IRA, the $7,500 credit was subject to a sales cap that would apply once a manufacturer sold 200,000 qualifying units. The new legislation would remove that cap, but it put in place limits on who can claim the credit based on their income. Single filers with modified adjusted gross income exceeding $150,000 would be unable to claim the credit ($300,000 for joint filers and $225,000 for heads of household). Income limits also apply to those claiming the credit for used EVs – and they are even lower. Single filers who have modified adjusted gross income of $75,000 can claim the credit ($150,000 for joint filers and $112,500 for heads of household). New cars’ eligibility for the tax credit is also subject to price caps: Sedans would need to be below $55,000, while the limit is $80,000 for vans, SUVs and pickup trucks. Used cars would be subject to a cap of $25,000. The IRA also adds new sourcing and manufacturing requirements: New EVs purchased after Aug. 16 must have had their final assembly in North America. The Department of Energy has a list of 2022 and early 2023 EVs that may meet the requirement. You would need the vehicle identification number to find out where it was manufactured. The law also put in place sourcing requirements for battery components in these EVs, in order for people to claim the full $7,500 value of the credit. The complexity of the credits, along with the income caps, ultimately may lead to fewer people claiming the benefit. “You’re omitting the people who have the money to do this stuff,” said Dan Herron, CPA and founder of Elemental Wealth Advisors. “I would imagine the manufacturers are pumped on it, but I don’t see it moving the needle.” Indeed, Fitch Ratings has thrown some cold water on the industry’s benefit from the EV credit measures. “Provisions for electric vehicle (EV) tax credits under the Inflation Reduction Act (IRA) that aim to limit the number of buyers and cars that qualify may also temper EV sales growth and margin improvements for domestic auto manufacturers,” the firm said on Aug. 29. Longer term and broader plays Rather than merely making direct bets on the manufacturers themselves, Wall Street has pointed to the longer-term benefits for companies within the green energy supply chain. “I think the key takeaway from the Inflation Reduction Act is that climate change policy and a shift from a fossil fuel-based economy to clean energy or an alternative energy economy is a long-term opportunity for investors,” said Michael Arone, chief investment strategist for the U.S. SPDR business at State Street Global Advisors. Citi’s Andrew Kaplowitz highlighted names that could benefit from EV adoption and the focus on domestic manufacturing, including AECOM, Quanta Services, Rockwell Automation and Emerson Electric. “We think the broader goals to bolster energy security, decarbonize the economy, lower energy costs, and push domestic manufacturing provide, in our view, long-term growth opportunities for our companies,” he said in an Aug. 17 note. — CNBC’s Michael Bloom contributed to this report.

A must buy, even if you have the older Pros