HomeUSAFed officials Waller and Bullard back another big interest rate increase in...
USA 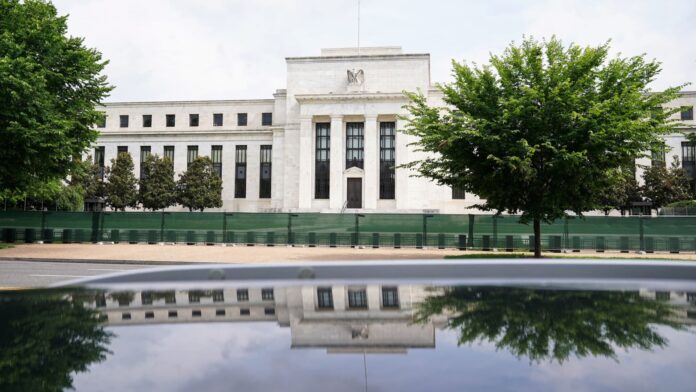 The Federal Reserve is well on its way to another sharp interest rate hike in July and perhaps September as well, even if it slows the economy, according to statements Thursday from two policymakers.

Fed Governor Christopher Waller left little doubt that he believes increases are necessary if the institution is to meet its duties, and the market’s expectations, as an inflation fighter.

“I’m definitely in support of doing another 75 basis point hike in July, probably 50 in September, and then after that we can debate whether to go back down to 25s,” Waller told the National Association for Business Economics. “If inflation just doesn’t seem to be coming down, we have to do more.”

In June, the Fed approved a 75 basis point, or 0.75 percentage point, increase to its benchmark borrowing rate, the biggest such move since 1994.

Markets widely expect another such move in July and continued increases until the fed funds rate hits a range of 3.25%-3.5% by the end of 2022. The increases are an attempt to control inflation running at its highest level since 1981.

St. Louis Fed President James Bullard echoed Waller’s comments in a separate appearance, saying he believes the best approach is to act quickly now then evaluate the impact the hikes are having.

“I think it would make a lot of sense to go with the 75 at this juncture,” said Bullard, a Federal Open Market Committee voting member this year. “I’ve advocated and continue to advocate getting to 3.5% this year, then we can see where we are and see how inflation’s developing at that point.”

Both officials said they think recession fears are overblown, though Waller said the Fed needs to risk an economic slowdown so it can get inflation under control.

“We’re going to get inflation down. That means we are going to be aggressive on rate hikes and we may have to take the risk of causing some economic damage, but I don’t think given how strong the labor market is right now that that should be that much,” he said.