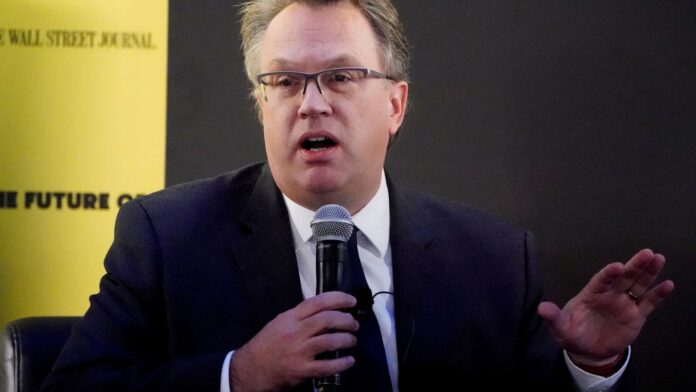 New York Federal Reserve President John Williams said Tuesday he expects interest rates to continue higher and to remain at those levels until inflation is subdued.

Echoing recent comments from Fed Chair Jerome Powell, Williams told The Wall Street Journal that he also is in the higher-for-longer camp when it comes to monetary policy.

“We’re going to need to have restrictive policy for some time,” he said in a live interview. “This is not something we’re going to do for a very short period and then change course.”

That outlook comes just a few days after Powell also used the “for some time” language to describe his expectations for benchmark interest rates. In his annual policy speech at Jackson Hole, Wyoming, the Fed chief noted that “the historical record cautions strongly against prematurely loosening policy.”

Along with Vice Chair Lael Brainard, Powell and Williams make up the Fed’s policy brain trust. They are seeking to reduce inflation that is running near its highest level in more than 40 years and well above the central bank’s target of 2%.

Williams didn’t specifically say where he’d like to see rates go. But he did note that he believes reducing inflation will require real interest rates — nominal levels minus inflation — to be positive. The fed funds rate is currently targeted in a range between 2.25%-2.5%, which is well below the central bank’s preferred core personal consumption expenditures price index inflation gauge, which was at 4.6% in July.

“I do think with demand far exceeding supply, we do need to get real interest rates … above zero,” Williams said. “We need to have somewhat restrictive policy to slow demand, and we’re not there yet.”

He added that he thinks the Fed is “still quite a ways from that.”

Current marking pricing is for the rate-setting Federal Open Market Committee to approve a third consecutive three-quarter point rate increase in September, followed by a half-point move in November and a quarter-point hike in December, according to CME Group data. Markets then expect the Fed to start cutting in the fall of 2023.

Williams said he’s been encouraged by some tightening in financial conditions following the hikes but added he needs to see more before considering a change in policy.