HomeBusinessFord tops the list of the cheapest stocks in the market right...
Business 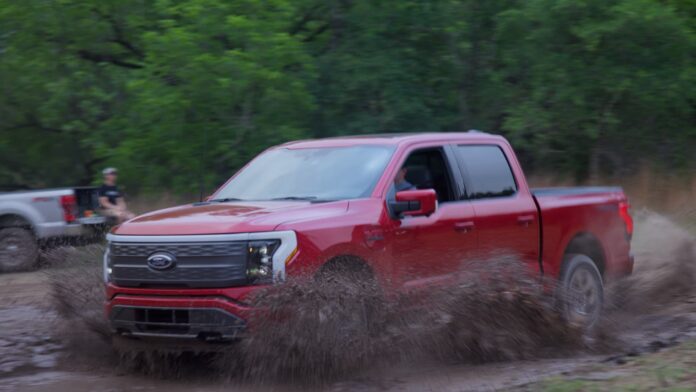 While the short-term market outlook looks quite precarious, investors seeking buys for the long term are likely finding tons of value possibilities after the sizable pullback in stocks so far this year. CNBC PRO ran a screen looking for the cheapest stocks relative to the rest of the market and their historical valuations. Here’s the criteria: Cheap relative to the market: Forward P/E below 17.38 (The S & P 500’s current forward P/E.) Cheap relative to history: Current forward P/E 50% below its average valuation for the last five years Earnings holding up: EPS for this year expected by analysts to increase or fall no more than 5% Here are the 9 S & P 500 stocks that made the cut: Ford tops the list with its valuation collapsing this year as investors lost some of their enthusiasm for its electric vehicles, causing the shares to return to a price-earnings ratio more befitting a century-old automaker. Still, many on Wall Street believe this valuation isn’t giving Ford enough credit for its long-term electric vehicle growth plan. “If U.S. auto data points indeed prove reassuring in the coming months, we think sentiment in Ford shares can improve, particularly since the underlying company story (including key EV launches/ramps) appears to be heading in the right direction, which suggests the stock should react well to favorable auto cycle developments,” stated a Citigroup note last week. It told clients the shares could rise over the next three months. Note that forward P/E is the price-earnings ratio based on earnings estimates for the next 12 months. The rest of the list includes pandemic darlings Netflix and Moderna , whose valuations have both come crashing back to earth as the U.S. tries to move on from Covid. Note that the list is not all beaten-up shares. A couple energy stocks make the list with an expected earnings surge this year due to high oil prices making those shares appear cheap. Exxon Mobil sports a forward P/E of just 10.7 these days, which hasn’t gone unnoticed by Wall Street. Evercore ISI upgraded Exxon on Tuesday, saying the stock is still cheap after a 61% price surge this year. “Considering the longer energy cycle ahead and the stronger earnings (rising returns) profile at XOM (and Integrated Oil peers) we do think a consideration of the ‘right’ multiple is worthwhile,” wrote the analyst in a note. To be sure, outside of the energy stocks, most of the names are cheap for a reason. If a recession hits, shares like Ford could continue to get cheaper as auto sales take a big hit. But if the U.S. avoids a significant economic downturn, it could be a historic buying opportunity for some of these stocks. —With reporting by Michael Bloom

There could be ‘real signs’ for the Fed to slow down