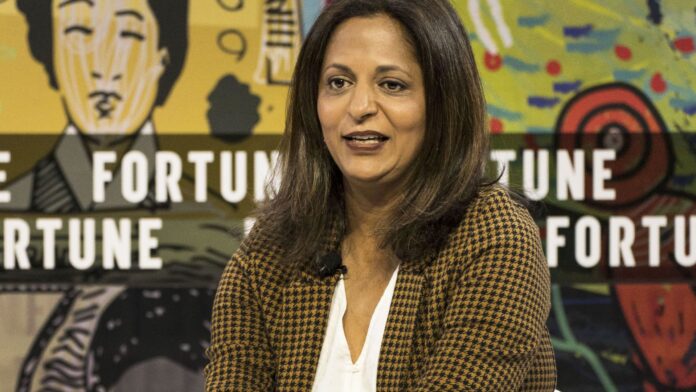 Syngal will stay at the company during a brief transition period, and Bob Martin, the company’s current executive chairman of the board, will serve as interim president and CEO, Gap said.

Gap shares fell more than 4% in extended trading on the news.

Syngal said in a statement that she is “thankful to have the board’s support in stepping down, ushering in a new opportunity for fresh perspective and rejuvenated leadership to carry Gap Inc. forward.”

Syngal was previously the leader of Gap’s Old Navy business before she took over as CEO in March 2020, just days before Covid-19 started spreading across the U.S. She has been with the retailer since 2004.

Gap also named a new chief for its Old Navy business to succeed Nancy Green who departed the post in April. Horacio “Haio” Barbeito, most recently president and CEO of Walmart Canada, is expected to take over the Old Navy business on Aug. 1.

In tandem with the C-suite shake-up, Gap updated its fiscal second-quarter guidance, saying it still expects sales to decline in the “approximately high single-digit range.”

But Gap added that higher promotional activity had a negative impact on its gross margin; it now forecasts its adjusted operating margin percentage in the second quarter at zero to slightly negative.

The company still expects to incur an estimated $50 million of costs during the quarter related to air freight expense and inflation.

Gap is set to report results for that period on Thursday, Aug. 25.

The retailer in recent months has grappled with supply chain obstacles that have left it with jumbled up sizes and styles that don’t fit what its customers are looking for. In the latest quarter, an imbalanced mix of clothing sizes, following a push into plus-size styles, coupled with an uptick in price-lowering promotions put a dent in Old Navy’s performance, specifically.

Gap swung to a net loss of $162 million in the three-month period ended April 30, compared with a profit of $166 million during the same period a year earlier. Revenue fell roughly 13% to $3.48 billion.