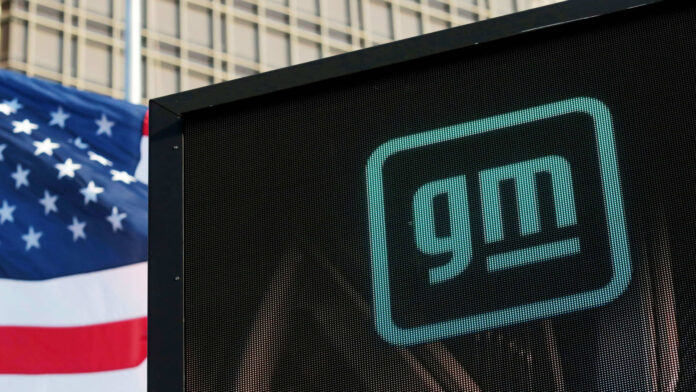 The GM logo is seen on the facade of the General Motors headquarters in Detroit, Michigan, March 16, 2021.

DETROIT – General Motors’ U.S. vehicle sales were down about 15% in the second quarter from a year ago as the automaker continues to battle supply chain issues, but showed improvement from earlier in the year.

Before announcing its sales results, the automaker said it has about 95,000 vehicles in its inventory that were manufactured without certain components as of June 30, a majority of which were built in June. Despite the problems, the company maintained its guidance for the year.

GM’s second-quarter sales were slightly better than expectations of auto analysts, who had forecast a 16% to 17% decline. Compared to the first quarter, GM’s sales of 582,401 vehicles were up by 14%, showing an improvement in the automaker’s production and supply of vehicles.

“We appreciate the patience and loyalty of our dealers and customers as we strive to meet significant pent-up demand for our products, and we will work with our suppliers and manufacturing and logistics teams to deliver all the units held at our plants as quickly as possible,” GM North America President Steve Carlisle said in a release.

Automakers have been scrambling to rebuild dealer inventories that have been hit hard by production cuts amid a global shortage of semiconductor chips and other key automotive components.

The problems have caused automakers to sporadically shutter plants or slow production for weeks, if not months. The lack of production combined with strong consumer demand has caused vehicle inventories to plummet to record lows.

Since June 2021, Cox Automotive reports monthly sales volume has been stuck in a tight window, averaging 1.1 million units a month and peaking at 1.3 million in June 2021.

Automotive analysts and forecasters expect U.S. sales during the second quarter to be around 3.5 million, down between 19% and 21% from a year ago.