HomeUSAGoldman says no recession yet but watch these signs that one is...
USA 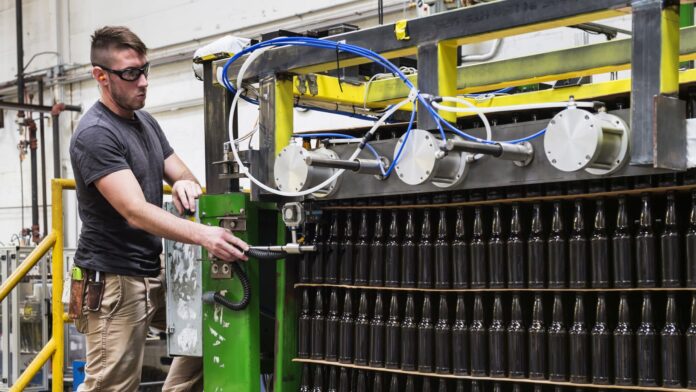 Goldman Sachs expects the economy to skirt recession but has its eye on a handful of key indicators that it thinks will tell the story in the days ahead. The Wall Street firm on Monday again knocked down its expectations for second-quarter gross domestic product, to 0.4%. Coming off a start of the year that saw GDP slip 1.6% in the first quarter, the new forecast keeps the U.S. with its head just above the rule-of-thumb recession indicator of two consecutive quarters with negative growth. Goldman had previously lowered its forecast, cutting just last Thursday to 0.7%. While it sees risks rising, Goldman says the U.S. likely is not currently in a recession, due primarily to a labor market that is still managing to churn out strong job growth despite signs of a slowdown across other indicators. “We continue to see a 30% probability of entering a recession over the next year and nearly even odds at a two-year horizon,” economist Ronnie Walker said in a client note. “But the softening of leading indicators in June highlights the importance of monitoring more immediate downside risks.” Walker said it’s unlikely the National Bureau of Economic Research, the official arbiter for such matters, will call a recession even if the first two quarters are negative . Three of the NBER’s four most important data points — payrolls, real personal income and real gross domestic income — all are running positive now. However, multiple other leading indicators, such as imports, consumer expectations and housing, have been moving in the other direction lately. In the note, Walker listed what he considers the best leading indicators for economic activity. The top 10 are: ISM New Orders index; the expectations component of the University of Michigan consumer confidence reading; ISM new orders minus inventories; the Conference Board expectations reading; the ISM Manufacturing Index; the Markit manufacturing PMI; initial jobless claims; single-family building permits; the Chicago Business Barometer; and single-family housing starts. Collectively, the most recent readings indicate a 2.2% decline in growth. However, over the last three months, they work out to 0.6% growth. Walker noted that the “the series that rank the best have slowed disproportionately in recent months.” The Atlanta Fed’s GDPNow tracker, which evaluates data on a rolling basis and gets more accurate toward the end of quarters, sees growth declining 1.2% in Q2. Walker said he thinks the Fed model is too pessimistic on the impact of net trade. Exports are a subtraction from GDP, and the U.S. had been running record deficits before the imbalance moved lower in the most recent reading. The Bureau of Economic Analysis will release its first estimate of Q2 GDP on July 28.

NASA is about to crash a spacecraft into an asteroid. Here’s why the mission could one day save humanity.

This equal weight ETF enjoys hot start after outperforming in 2022

Demand has never been stronger for our products