HomeInvestingHere are big stock winners and losers with Fed set to lift...
Investing 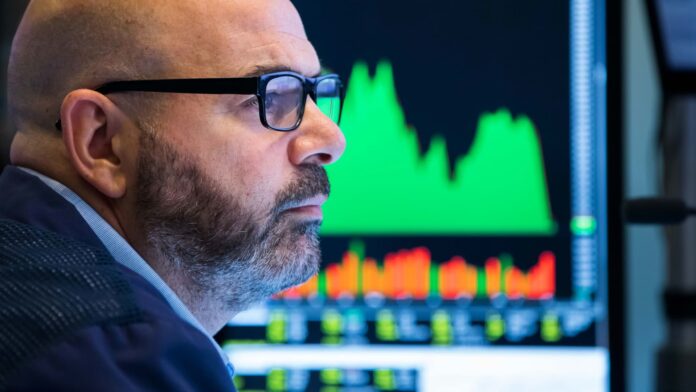 With the Federal Reserve set to get even more aggressive Wednesday, certain stocks may emerge as winners and losers as interest rates continue to climb as a result of the central bank’s actions to squash inflation. The 10-year Treasury yield topped 3.48% this week after ending last month at 2.84%, surging as investors bet the Fed would raise rates by three-quarters of a point at the end of a two-day meeting rather than the half point that had been expected only last week. This latest run in rates follows a hotter-than-expected inflation reading for the month of May reported last Friday. CNBC Pro sought to find stocks that worked — and those that didn’t — when rates are climbing as they are now. We looked at the biggest one-month moves in the 10-year yield over the last decade. With the benchmark at more normal levels above 3% now, we threw out big increases that occurred when 10-year yields were below 2%. Bottom line: With yields back to more historic norms, we sought to find stocks that work when Treasury yields and the fed funds rate rate are high, and getting higher. Specifically, the parameters were stocks in the S & P 500 that had the biggest median move higher in the five individual months since 2011 when the 10-year yield experienced its biggest increases. We then only included stocks that were higher during every single one of those five months. (And we only looked at moves that took place when the starting 10-year yield was above 2%.) Below are the biggest winners with their median return during those five months: The list is loaded with regional banks, including Zions Bancorporation , Comerica and Huntington Bancshares . These banks primarily get their revenue from basic lending so they stand to benefit as the rise in the 10-year benchmark raises rates for mortgages and other loans. Charles Schwab also makes the list, which makes sense because the broker can earn more on the sizable amounts of cash it holds for clients by investing it in higher yielding instruments. One stock on the list that is a bit of a mystery is Advanced Micro Devices , but the chipmaker was consistently a winner when rates jumped in the past. Chipmakers are very cyclical, meaning they tend to follow the cycles of the economy. Given that rates are often jumping because of increased economic activity that could be why AMD was a consistent winner. That brings us to one big caveat for this screen. This time, rates are rising primarily because of decades-high inflation and there’s a risk the economy falls into a recession as rates keep moving higher. So there’s a chance these past winners don’t see the same benefit from higher rates this time. For example, regional banks may be able to charge more for loans, but they will be writing fewer of them in an economic downturn, at the same time as more of their current loans turn sour. Still, if we are able to skirt a recession and rates continue their steady climb, these stocks could be winners once again. As for the losers, with rates returning to normal levels, you could see the so-called bond proxies come under pressure. We found the stocks that experienced the biggest median decline during months of surging rates. We also included only those stocks that fell in each of those months. Most of these securities — including utilities and REITs — return a lot of their cash flow in the form of dividends to investors, so they trade like bonds. With a risk-free Treasury now yielding nearly 3.5%, these shares suddenly have a lot of competition from government bonds.

Elon Musk says Tesla has made over 3 million cars