HomeBusinessHold off on buying stocks until the market slows down, Jim Cramer...
Business

Hold off on buying stocks until the market slows down, Jim Cramer cautions 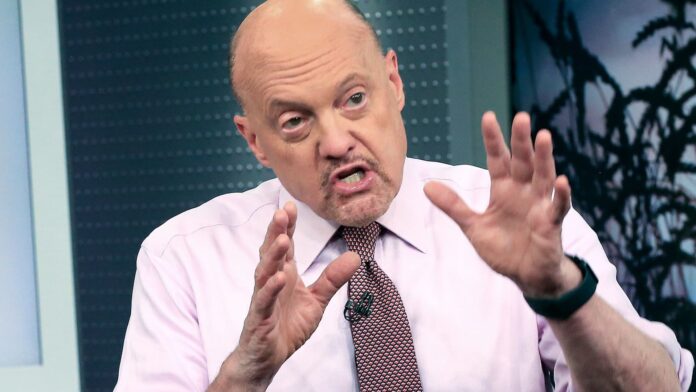 CNBC’s Jim Cramer on Thursday warned investors to wait for the market to stabilize before doing some buying.

“You don’t fight the Fed, and you don’t fight the tape, which is heavily influenced of course by the Fed. This tape says everything is vulnerable, again something that’s highly unusual because there should be a bunch of areas that have stabilized,” the “Mad Money” host said.

“As much as the Fed wants a slower economy and even a lower stock market, the repricing of all equities is creating some opportunities. But until things slow down with the tape, those opportunities would and could lead to more pain,” he added.

All three major indices declined on Thursday, reversing the gains made after the Federal Reserve announced a 75-basis-point rate hike on Wednesday. The Nasdaq and S&P 500 fell deeper into bear market territory, and the Dow Jones Industrial Average traded below 30,000 for the first time since 2021.

Cramer said that there are companies whose numbers he isn’t worried about, listing AMD, Broadcom, Kroger and more as companies that are getting wrongly pummeled in the current market.

However, he warned investors to stay away from pandemic-era winners whose losses seem to have no end, listing names including DoorDash, Airbnb, Etsy and more.

“If these were crummy companies with no hope to ever turn a profit, then these declines would make sense. … That said, these stocks are kryptonite here,” he said.