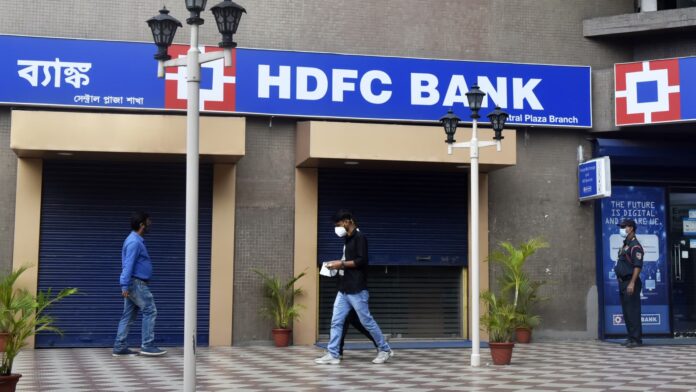 People walking past HDFC Bank In Kolkata, India on 19 August, 2021. An Indian cement maker’s recent purchase of Russian coal using yuan involved India’s biggest private lender, HDFC Bank, according to an invoice seen by Reuters and a source, as more details emerge of the kind of trade that could blunt Western sanctions against Moscow.

An Indian cement maker’s recent purchase of Russian coal using yuan involved India’s biggest private lender, HDFC Bank, according to an invoice seen by Reuters and a source, as more details emerge of the kind of trade that could blunt Western sanctions against Moscow.

There is no suggestion that the purchase, the particulars of which have not previously been reported, in any way breaches sanctions imposed on Russia in the wake of its invasion of Ukraine.

But the document shows one way in which Russia could continue to sell commodities abroad without settling in U.S. dollars despite restrictions aimed at freezing it out of financial markets.

According to the invoice dated June 5 and a source familiar with the matter, HDFC Bank backed cement maker Ultratech’s purchase of Russian coal from producer and trader SUEK for 172.7 million yuan ($25.74 million).

The letter of credit for the deal was issued by HDFC Bank’s Mumbai suburban branch of Andheri East, according to the invoice.

The dollar is the currency of choice for global trade in raw materials, but some traders say the yuan could be increasingly used to settle payments for supplies from Russia.

In the invoice, SUEK requests Ultratech remit the 172.7 million yuan to SUEK’s account at the Shanghai branch of China Everbright Bank. SUEK lists the Hong Kong branch of international lender HSBC as the correspondent bank.

A correspondent bank acts as a middleman in the transfer of money from one bank to another. Reuters could not determine if a payment had been received by China Everbright or if HSBC or any other bank was involved in a transfer of funds.

HDFC Bank and HSBC declined to comment. Ultratech, SUEK and China Everbright Bank did not respond to requests for comment.

It was not clear from the invoice which currencies were used to effect the yuan payment. The amount listed was quoted in Chinese yuan and Reuters reported last week that Ultratech imported 157,000 tonnes of coal from Switzerland-registered SUEK and agreed to settle the final payment in that currency. Read full story

For India, such payment methods could become more common as it seeks to maintain trade ties with Russia for commodities including oil and coal without the risk of contravening Western sanctions.

India has deep political and security ties with Russia and has refrained from condemning the Ukraine war, which Russia says is a “special military operation.”

India’s energy imports from Russia have soared recently as traders, unable to sell into many Western markets, have offered steep discounts.

New Delhi defends its purchases of Russian goods, saying they are legal and that a sudden halt would inflate prices further and hurt consumers.

Greater use of the yuan to settle payments could help insulate Moscow from punishment and bolster Beijing’s push to further internationalize the yuan and chip away at the dominance of the U.S. dollar in global trade.

It is, however, still rare for an Indian firm to agree to settle a trade with a non-Chinese company in yuan. In the absence of sanctions, overseas payments to Russian commodity and energy companies would typically be made in dollars via SWIFT to Russian accounts.

For Indian trade settlements using the yuan, lenders would potentially send dollars to foreign banks with sufficient yuan reserves, or Chinese banks they have tie-ups with, in exchange for yuan to settle the trade.

The invoice mentioned the SWIFT transaction IDs of both HSBC’s Hong Kong branch and China Everbright’s Shanghai branch. Reuters could not confirm whether any payment was made using the SWIFT platform.

SWIFT is a secure messaging system that facilitates rapid cross-border payments, making international trade flow smoothly. Several Russian banks have been cut off from the system in recent months.

India’s bilateral trade with China, for which companies largely pay in dollars, has flourished even after a deadly military border clash between the two in 2020 that ratcheted up tensions that have still not subsided.

New Delhi has increased scrutiny on Chinese investments and imports, and banned some mobile apps over security concerns.

Tesla’s bitcoin holdings could result in a $460 million hit for the carmaker, Barclays says