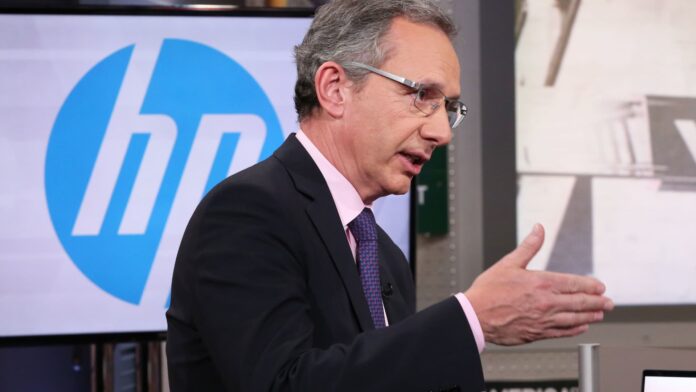 Lores’ comments in a “Mad Money” interview come on the heels of a well-documented slowdown in consumer PC demand this year, even as sales of higher-performing machines favored by corporations appeared to be showing some resilience. However, worries about slowing economic growth have intensified in recent months, prompting concerns that enterprise PC sales would be the next shoe to drop in a market that saw Covid-fueled growth.

“What we have seen during the quarter is a slowdown of consumer demand that really accelerated as the quarter progressed. We also have started to see some signs of slowing down on the commercial space,” Lores told CNBC’s Jim Cramer, after the PC and printer maker reported mixed results for quarter ended July 31.

Quarterly sales of $14.66 billion fell short of the $15.74 billion analysts expected, according to Refinitiv, while better-than-projected margins helped earnings per share of $1.04 match estimates. HP Inc. on Tuesday lowered its full-year earnings forecast for fiscal 2022, which concludes in October.

While the “overall situation we believe is temporary,” Lores said HP Inc.’s commercial business is nevertheless impacted by reports of hiring freezes and slowdowns.

“We really think this is driven by the macroeconomic situation that we are facing,” Lores said, noting there “have been more and more companies being cautious about how to manage budget and really be careful about how many new employees they hire.”

Free returns may be over as retailers introduce stricter policies