HomeBusinessIs Japan open to travelers? It's where Singaporeans want to travel
Business

Is Japan open to travelers? It’s where Singaporeans want to travel 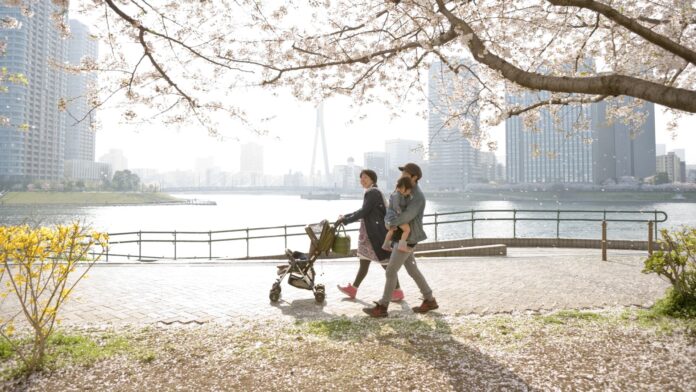 Some 49% of Singaporeans say they are considering Japan for their next vacation abroad, according to the market research firm YouGov.

Interest may be even higher among young citizens. Some 68% of Singaporeans aged 16 to 24 years old indicated they are considering Japan for their “next vacation,” compared to 37% of those aged 55 and older, according to research published in May.

Japan was the top choice among survey respondents by a good margin, with the second choice, Taiwan, garnering interest from 39% of those surveyed. Some 26% indicated interest in vacationing in Malaysia, according to the results, but this may have been affected by the survey question, which specifically asked about travel plans “by air.”

Still, Wanping Aw, CEO of the Tokyo-based travel agency Tokudaw said her company saw a large uptick in business after Japan reopened its borders in June — with 50% of enquires and bookings coming from Singapore, she said.

Japan has always been a popular destination with Singaporeans, said Aw, especially among those who want a change of seasons.

Spring and winter are the two “peak seasons” for travelers from Singapore, she said: “They like cherry blossoms and snow a lot.”

Singaporean trader Alex Ng said he is planning a trip to Japan this autumn.

Wanping Aw at Shinjuku Gyoen, a popular park in Tokyo. Aw, who is Singaporean, has lived in Japan for 13 years.

A self-described “Japanophile,” Ng said the country strikes the “sweet spot” between the familiar and the unknown.

He said Japan’s safety, cleanliness and professionalism are like that of Singapore, as is the culture’s adherence to social rules for the collective good.

“The trains aren’t going on strike while you’re rushing back from a day trip,” he said.  “We feel comfortable operating in that structure. It’s familiar to how we live here, probably why most Singaporeans like Switzerland too.”

The food is also familiar — rice-based with ingredients like fish, pork and tofu — but it “branches off from there in a myriad of fascinating directions.”

Alex Ng said most Singaporeans enjoy the intricacies of Japanese culture. “It’s cathartic and inspiring to experience it.”

He said he also appreciates the religious differences between the two countries.

“We’re fortunate to have a range of religions here in Singapore,” he said. But “Shintoism, which informs much of Japanese life and culture — especially their architecture, aesthetics, cultivation and upkeep of natural spaces — is fairly different from what we grew up around.”

And the cherry blossoms? “Hundreds of years were spent cultivating tens of thousands of cherry blossom trees … for a few weeks of vibrant festivities every year.”

“I’ve yet to tire of the spectacle,” he said.

Singapore is one of more than 100 countries and territories marked “blue” in Japan’s color-coded entrance classification system.

Travelers from those places are not required to take a Covid-19 test or quarantine on arrival, or be vaccinated to enter. Visas and pre-flight Covid-19 PCR tests are required though, according to the website for the Embassy of Japan in Singapore.

But the requirements beyond this have left many travelers confused, said Aw.

This is especially true of the rule allowing tourists to enter “only when a travel agency among others organizing the trip serves as the receiving organization of the entrants,” as stated by Japan’s Ministry of Foreign Affairs.

Websites like these use “language that talks in loops,” said Aw.

Everyone is confused and stressed about the visa application process.

“And this misunderstanding is escalated with the fact that the Japanese embassies are using the word — package tour,” she said. This conjures up images of “30 to 40 strangers in a big bus, going on a fixed route with a pre-fixed itinerary.”

But this isn’t accurate, she said.

One person can book a “package tour,” she said, adding that she’s arranged three solo travel bookings — including one from Singapore — since Japan’s borders opened in June.

“Everyone seems to have the impression that they have to fix their itinerary down to the hour or minute … that it is difficult to come up with,” she said. “But it is not as hard as it seems.”

Another problem — “everyone is confused and stressed about the visa application process,” she said.

To apply for a tourist visa, travelers need to plan an itinerary and book their flights and accommodations before she can process their “ERFS certificates,” she said, referencing an approval document that visitors need before they can apply for their visas.

Only Japanese companies can apply for the certificate, however travelers can work through tour agencies in their home countries, who in turn work with their local partners in Japan, she said.

Once an ERFS certificate is obtained, travelers can apply for their visas, said Aw.

In addition to working with an agency, international travelers must also travel with a chaperone “at all times,” said Aw.

Guests must pay for the chaperone, who is an employee of the travel agency, said Aw. But on the upside, chaperones can assist with things like restaurant reservations and train schedules to make trips run smoother, she said.

A chaperoned trip isn’t a deal-breaker for Ng, nor are the rest of Japan’s travel rules, he said. However he said he would probably travel to Japan more often if the rules were less cumbersome.

“There’s a good chance that Japan relaxes restrictions further soon, given that elections are now over,” he said.

Ng said he’s secured his flights and hotels — but not his visa — on the assumption that, come autumn, the rules may be different.

Aw said many other Singaporeans are doing the same thing. They are making plans, but pushing off the process to apply for their visas “for as long as they can,” she said.

Chile has outperformed the S&P 500 this year. Here’s how

Telsey downgrades Under Armour, says it will continue to struggle with excess inventory