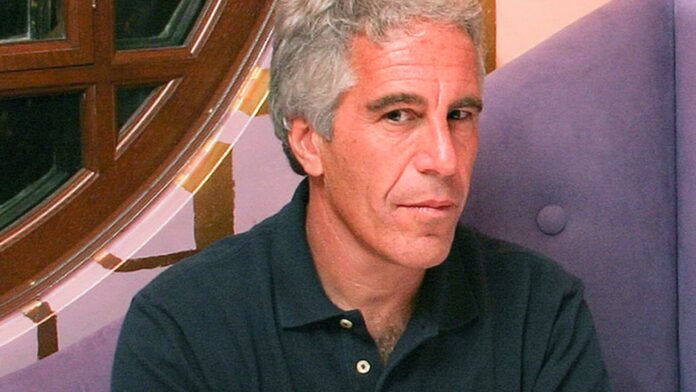 Jeffrey Epstein in Cambridge, MA in 1984.

The estate of deceased sex offender Jeffrey Epstein and related entities agreed to pay the U.S. Virgin Islands more than $105 million as part of a settlement in a sex trafficking and child exploitation case, the territory’s attorney general said Wednesday.

The settlement also required the defendants to pay the Virgin Islands half the proceeds from the sale of Little St. James, the private island that was owned by Epstein and was allegedly a major hub for his yearslong criminal sex trafficking enterprise, said the Virgin Islands Department of Justice.

The estate will also pay $450,000 to address damages around a separate island Epstein owned, where the agency said it found that he “razed the remains of centuries’-old historical structures of enslaved workers to make room for his development.”

And the Virgin Islands will recoup more than $80 million in economic development tax benefits “that Epstein and his co-defendants fraudulently obtained to fuel his criminal enterprise,” the agency said in a news release.

The payments will be made over the period of no more than one year, the news release said. The settlement does not include admissions of wrongdoing by the estate, its co-executors, Darren Indyke and Richard Kahn, or the other defendants.

“This settlement restores the faith of the People of the Virgin Islands that its laws will be enforced, without fear or favor, against those who break them,” Virgin Islands Attorney General Denise George said in the news release. “We are sending a clear message that the Virgin Islands will not serve as a haven for human trafficking.”

Daniel Weiner, an attorney for the Epstein estate, noted in a statement to NBC News that the settlement “does not include any admission or concession of liability or fault by the Estate or any other parties, and the Co-Executors deny any allegations of wrongdoing on their part.”

“The Co-Executors ultimately concluded that the settlement is in the best interests of the Estate, including its creditors and claimants, to avoid the time, expense and inherent uncertainties of protracted litigation,” Weiner said. “The settlement is consistent with the Co-Executors’ stated intent and practice since their appointments to those roles — to resolve claims related to any misconduct by Jeffrey Epstein in a manner sensitive to those who suffered harm.”

Weiner’s statement also noted that a fund to compensate Epstein’s victims has paid over $121 million to 136 people, and that the estate intends to “wind down its remaining activities” in the Virgin Islands “as soon as practicable.”

Epstein, the formerly wealthy and well-connected financier who was friends with former Presidents Bill Clinton and Donald Trump, killed himself in a Manhattan jail one month after his arrest in 2019 on criminal sex trafficking charges.

The Virgin Islands brought civil claims against Epstein’s estate in 2020 under a law similar to the federal RICO Act, which aims to combat organized crime.

The case alleged that Epstein masterminded a criminal enterprise through which many “young women and female children have been sex trafficked, raped, sexually assaulted and held captive” at Little St. James, the island Epstein bought in 1998. Some of those girls were as young as 13 years old, the lawsuit alleged.

The announcement Wednesday evening noted that proceeds from the sale of Epstein’s island will go toward a trust dedicated to funding efforts to help victims of sex trafficking and sexual abuse.

These are analysts’ favorite value stocks heading into 2023, including one name expected to double