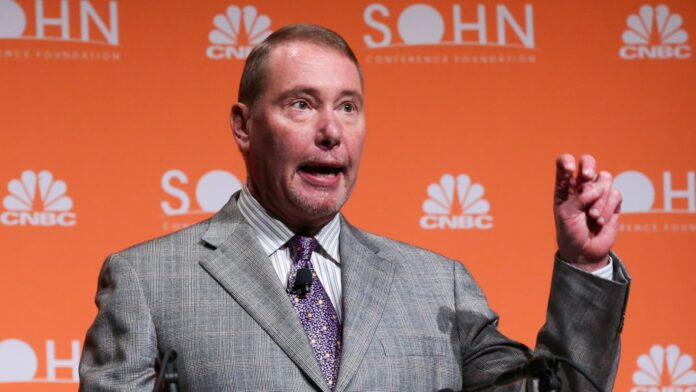 DoubleLine Capital CEO Jeffrey Gundlach urged investors to pay attention to the worsening recession signals from the bond market. In a tweet Tuesday evening, Gundlach pointed to the yield curve inversion that he called “reliable signals of economic trouble,” saying investors should “risk manage accordingly.” The yield curve inverts when shorter-term Treasury rates rise above longer-term yields. Many economists view the 2-year 10-year part of the yield curve as more predictive of a potential recession. The 2-year to 10-year curve first inverted March 31, then reverted to positive before inverting again briefly in June. That part of the curve has stayed inverted since early July. Fears of a recession crept up recently after Federal Reserve Chairman Jerome Powell last Friday vowed to continue raising interest rates to squash inflation in a way that will cause “some pain” to the U.S. economy. Even with a series of four consecutive interest rate increases totaling 2.25 percentage points, Powell said this is “no place to stop or pause.” Gundlach has been watching the yield curve for signs of a recession for some time. He previously urged investors to take the indicator seriously as it has proved its accuracy over the decades. He said the inversion of the relationship between two-year and 10-year notes has telegraphed economic downturns four out of the past four times. While the yield-curve inversion has been a reliable recession predictor, it typically takes nearly two years for an economic downturn to occur.

What investors should know about single-stock ETFs